Eagles' Fletcher Cox during 911 call: 'I'm about to blow his brains out right now' 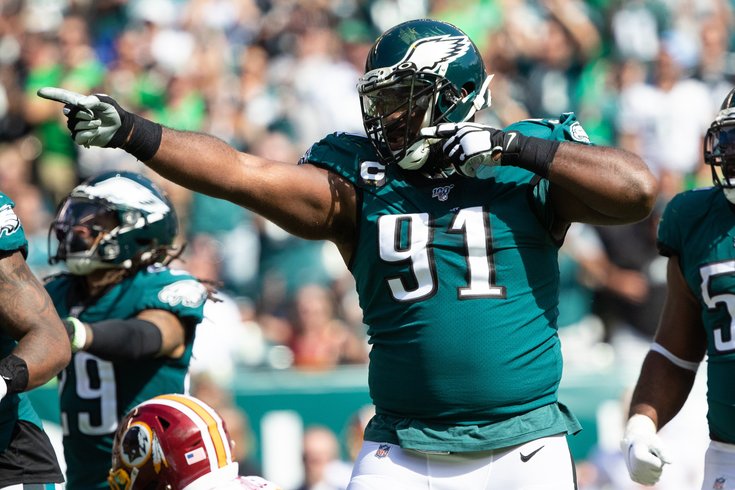 Eagles defensive end Fletcher Cox said during a 911 call that he was "about to blow" a burglar's "brains out" during a mid-October incident in South Jersey.

Eagles defensive lineman Fletcher Cox scared off a burglar at his Gloucester County home earlier this month. A recording of the 911 call, published Friday, shed some more light on the encounter.

We already knew Cox was wielding a shotgun while trying to protect himself during the Oct. 15 incident, and the 911 call further reinforces Cox's willingness to defend himself.

You can listen to the recording below:

Breaking: Action News has obtained the 911 call from the alleged burglary at Fletcher Cox's Mullica Hill home last week. Cox is calm but you hear the urgency in his voice. He tells police to hurry. pic.twitter.com/2j21AozAWD

And if you can't listen to the video, here's how the call went down, per 6ABC:

OPERATOR: Mr. Cox, can you get somewhere where you're secure?

COX: I am secure, but I have my shotgun. I swear to God, he's busting every window out of my house right now. Listen. If he walks in the house... you have to hurry up.

All things considered, Cox sounds fairly level-headed. He tells the operator what's happening, and what action he's going to do if the situation changes.

According to 6ABC, Cox was able to chase the suspect, Corbyn Nyemah, off his property in Mullica Hill. Nyemah was captured by U.S. Marshalls after the incident, and was charged with burglary, two counts of criminal mischief, and resisting arrest.

Nyemah reportedly admitted that court records of the incident were correct, according to 6ABC, and said that he was simply trying to speak with his ex-girlfriend.