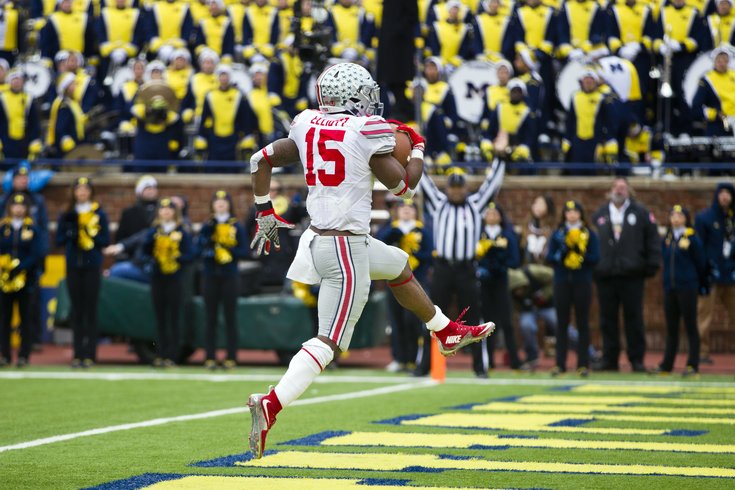 Last night, Ohio State running back Ezekiel Elliott said on NFL Network that the Eagles are among the teams with whom he'll visit prior to the 2016 NFL Draft.

Elliott has been a topic of debate for Eagles fans, and whether the Eagles should have interest in him at pick No. 8. The pro-Elliott crowd points to his production at OSU, along with his complete skill set, which does not have many flaws. The con-Elliott crowd believes that the running back position should not be addressed as high as pick No. 8 in the draft.

At the NFL owners meetings in March, without speaking specifically about Elliott, Howie Roseman sure made it sound like the Eagles could have interest in the right running back at pick No. 8.

"I think there’s a difference between a special player and a role player at the position," said Roseman. "When you talk about the guys who are 1500-yard rushers, the guys who people are game-planning for, those are hard to get later in the draft.

"When you find a special talent at that position, that guy who can run the ball, pass protect, can catch the ball out of the backfield, that’s a unique weapon," said Roseman. "I don’t think the position is devalued. Talking to (head coach) Doug (Pederson), obviously we come from the same school of Andy, and what he could do with those kinds of guys."

Back in March, we published an article laying out why drafting Elliott at pick number eight would be a bad use of resources, although certainly, he could make the Eagles a better team offensively immediately.