Jalen Hurts for MVP? Bettors are starting to like that idea 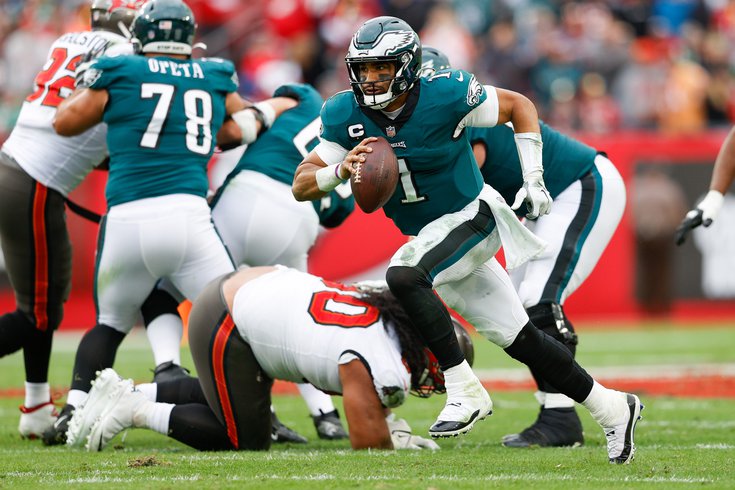 Will Jalen Hurts take a step forward this season? Bettors are starting to bank on it, a big one in fact.

In the past month, the third-year QB has drawn the most tickets and the most money to win NFL MVP at Caesars Sportsbook, this according to the book's editorial writer Max Meyer.

A couple NFL notes at @CaesarsSports...

1. Dan Campbell has nearly triple the tickets & double the money as anyone else to win Coach of Year. Odds shifted from 60/1 to 25/1 in past week.

2. Player that's drawn the most tickets & money to win MVP over the last month? Jalen Hurts

Hurts, 23, is entering just his second season as the Eagles' full-time starter. He hasn't blown anyone away as a passer — his 3,144 passing yards in 2021 were 21st in the NFL — but his leadership and athleticism matched well with what ultimately became a run-heavy offense, and helped pushed the Birds to the playoffs.

Hurts, however, is expected to succeed with one of the better offensive lines in football protecting him, DeVonta Smith and Dallas Goedert returning, and big receiver A.J. Brown added to the mix after a blockbuster trade at the draft. He has all the weapons to become a much greater threat through the air.

It should be noted though that the last Eagles QB that went into his second year as the starter played at a clear MVP level before an ACL tear derailed those prospects.