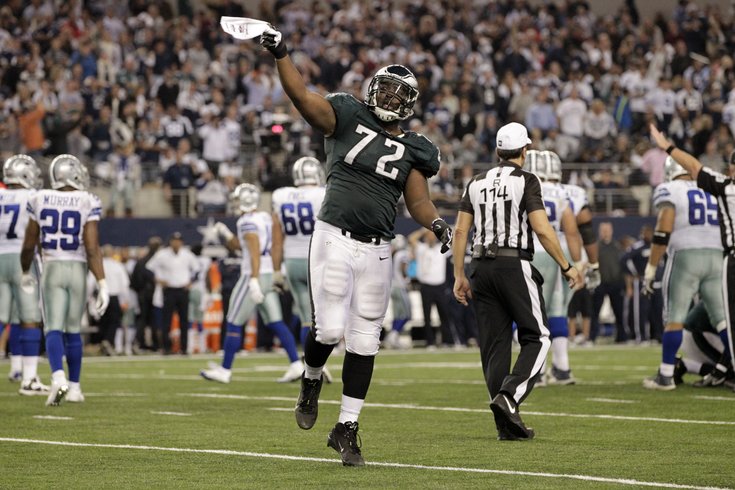 Cedric Thornton is headed to Dallas.

Thornton was an undrafted free agent of the Eagles in 2011, when he was recruited by former defensive line coach Jim Washburn. Thornton spent the 2011 season on the practice squad, and even stayed with the team when the Tampa Bay Buccaneers offered him a contract that would have added him to their 53-man roster.

In 2012, Thornton made the team in training camp and became a contributor as a rotational defensive tackle in Andy Reid's final season as the Eagles' head coach. Over the last three seasons, Thornton played defensive end in the Eagles two-gap 3-4 scheme.

Thornton wasn't a big threat as an interior pass rusher, as he had just four sacks and one forced fumble in his four-plus year career. However, he was very good against the run. In 2013 and 2014, Thornton had 112 tackles, an outstanding number for an interior defensive lineman. Thornton's play fell off some in 2015, when he was hampered by hand and ankle injuries.

In his introductory press conference, defensive coordinator Jim Schwartz mentioned Thornton as a player he was looking forward to working with. But ultimately, the Eagles were not going to pay him near what the Cowboys offered.

The Eagles' defensive line remains the strength of the team, but Thornton's absence will leave the Eagles somewhat thin at defensive tackle. Expect them to add personnel inside either in free agency or the draft.