"The only direction is to rise." 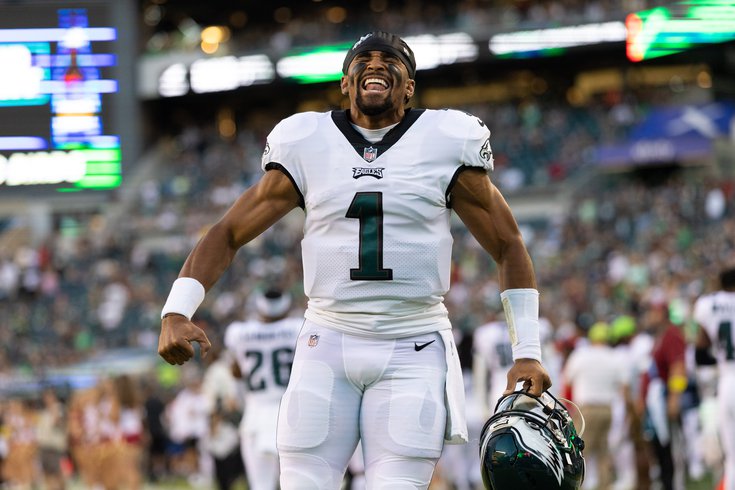 Jalen Hurts celebrates on the sideline during the Eagles' preseason game against the Jets Friday night.

The countdown to Week 1 is in its final stretch and, as has become tradition, the Eagles have released their annual hype video.

Ready to run through a wall?

Yeah, that's a two-and-a-half-minute shot of adrenaline right there.

After a surprise run to the playoffs in 2021, in Nick Sirianni's first year as head coach and Jalen Hurts' first year as the full-time starting quarterback, the Eagles came out of the offseason with a roster that's been improved in nearly every respect.

Naturally, it resulted in tons of excitement and speculation in the past few months, and now, in just a few short days, we'll finally get to see what this version of the Birds is really made of when they kick off 2022 in Detroit.

The annual hype video is just the final reminder that it's almost time to get going.

"The standard has been set," Hurts, from back at OTAs, says in the video. "the only direction is to rise."

The 2018 one coming off the Super Bowl is still my personal favorite though.