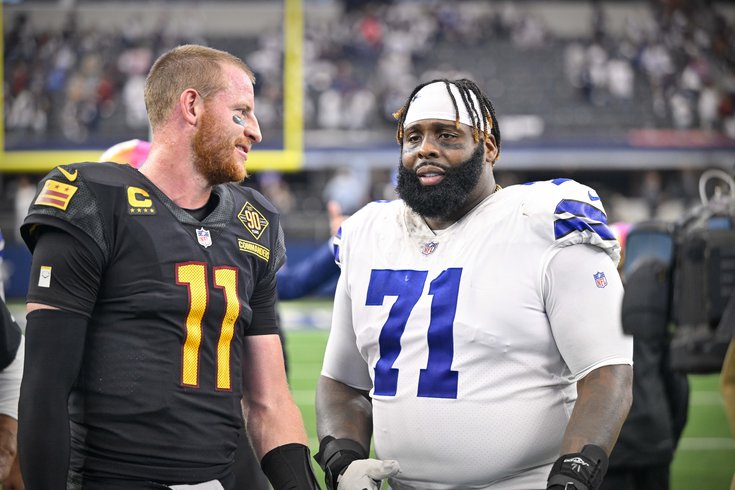 Do you remember that young Boston fan who grew up going to, like, 14 total parades? Everyone hated him because, like so many others in that area, he was a sports fan born on third base. Maybe it was the smugness or simply the jealousy here, but there was no greater symbol of hate for Boston sports — outside of Tom Brady himself — than this kid.

Success is a weird thing. It can further motivate or totally derail. People get complacent off limited success, and we see people just leave the game following historical success. No matter the arena, it’s a driving force for some and poison for others.

The Philadelphia sports scene right now is absolutely bonkers. We have playoffs, and teams heading to the playoffs, and championship aspirations for at least two teams right this second. We focus so much on the teams that play these games, specifically the athletes and coaches behind successes or failures. Some guys can’t make it in this city, while others seem to thrive.

Some take exactly what we do as a fanbase and use it to their advantage. They come to town and pander right to the center of our hearts. We see Boban Marjanović eating a cheesesteak or Bryce Harper sporting a t-shirt, or the Eagles coaching staff wearing shirts with their players' faces. We hear so much about how this is one of the toughest places to play and how the players who are currently playing love to play here, and even when they don’t, they realize how fickle we can be. Fickle, but loving.

I don’t know what Jason Peters was thinking nor what his aim was, but he spent far too long in this city to believe we are all rabid idiots. Maybe he doesn’t say that if he’s not playing for Dallas, and if the Cowboys aren’t coming to Philadelphia this Sunday night. Maybe it’s all a game because he knows it’s good TV.

Jason Peters on Cowboys/Eagles rivalry, dislike between fanbases: “I just know Philly fans are f**kin idiots when it comes to the camaraderie and the Cowboys, any team, really. … They know that. They pride themselves on being nasty. Philly fans are the wildest fans out there.”

Shoot, maybe Peters is just pandering to the Dallas fanbase much like he did with us here in Philly.

It’s inconsequential as to why, as is the reaction from people who don’t live here, because Peters actually hit on something that does make us stand out more than most places.

Our passion doesn’t go away if we aren’t watching an athlete play. We support our players in times of need — however that’s defined. Cherry picking bad apples — a lot fruit right there – to build a narrative about the fanbase is one thing, but for Peters (and others) to dismiss how supportive we can be is deliberate.

Which brings us to Friday night. Home field advantage in the truest definition will be seen at Citizens Bank Park as your Philadelphia Phillies return home from Atlanta. This series is about way more than just beating the Braves, as it’s a fantastic representation of our fanbase at its best. We saw this team do something historic in the ninth inning in St. Louis, followed up by a Game 1 victory in Atlanta. This team has no choice but to believe as they have overcome far too much, just in the postseason alone!

We are right there too. The clips you see from fans down in Atlanta to those watching the games at bars across the city are full of hope. Aaron Nola, Harper and the rest of the Phillies will walk out in front of a packed house. The Phillies will be the epicenter for electricity in the seats for the first time in 11 years.

But that’s just the half of it.

Contrary to what Bozo of the Week Jason Peters may think, this city gets behind its players like few do. But it’s so much more than that. It’s understanding that a baseball team has a shot in every single game. It’s expecting their favorite QB to move the chains, no matter what. It’s being shocked that the best player on the basketball team doesn’t win MVP.

The Eagles are 5-0 heading into their most important game of the short season. The Phillies have rewritten the book this year on overachieving.

I’m not sure what Peters is expecting this weekend, but fans booing the home team ain’t it.

Finally, we are back on the Eagles train and rightfully so ahead of this weekend. Still with their QB situation in question, the Cowboys come in nearly a touchdown underdog. Their defense is playing exceptionally well, as is Cooper Rush, but Dallas may actually experience a letdown from last week.

How can a team let down before a divisional game against a rival? Easy. The Cowboys just knocked off the defending Super Bowl champions, and teams who do that then face a squad .500 or better in-division, they are 15-0 since 1980 (via handicapper Marc Lawrence) The Eagles have a slight edge in turnover margin which is huge, because both coaches are putrid in games where they lose the turnover battle.

If Dak Prescott does return for this game, we like the Eagles even more. Rush has established a bare-minimum game plan that requires very little of him, but he’s worked it to an undefeated record by limiting mistakes.