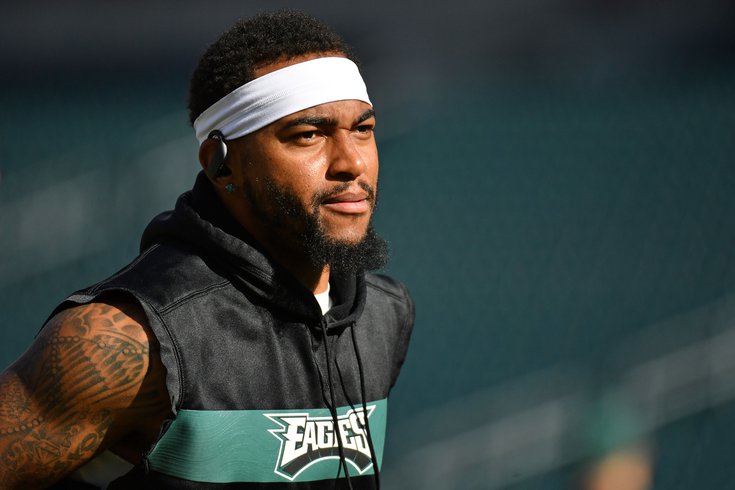 In case you missed it, Philadelphia Eagles wide receiver DeSean Jackson shared anti-semitic quotes attributed to Adolf Hitler on his Instagram account, for which he has been heavily criticized.

On Tuesday morning, the Eagles released a statement about Jackson's actions:

The statement doesn't say much, other than the obvious, which is that Jackson's Instagram posts were wrong and indefensible, and that they have since been in contact with Jackson. They did leave open all possibilities, which could include his release.

The NFL also released a statement:

“DeSean’s comments were highly inappropriate, offensive and divisive and stand in stark contrast to the NFL’s values of respect, equality and inclusion. We have been in contact with the team which is addressing the matter with DeSean.”

Jackson released both a statement and a video, again via Instagram:

What’s going on… I’ve been getting a lot of backlash and feedback from an Instagram post that I put on my Instagram story. I just want to first off extend an apology on behalf of me and what I stand for because I’m one that’s fair, and I never want to put any race down, or any people down.

My post was definitely not intended for anybody of any race to feel any type of way, especially the Jewish community. When I posted what I posted, I definitely didn’t mean it to the extent that you guys took it. I just wanted to let you guys know that I’m very apologetic, and I just want you guys to understand that it never was intended to put any race down, or any religion down.

I post things on my story all the time, and just probably never should have posted anything that Hitler did, because Hitler was a bad person, and I know that. I was just trying to uplift African Americans, and slavery, and just enlighten my people. On behalf of myself, I just wanted to let you guys know I apologize. I didn’t intend any harm or any hatred toward any people. I’m for one, I’m for love, and I extend it every day. People that know me know I have no hatred in my heart, that I’d never try to put another religion down to uplift my religion or my race.

So from the bottom of my heart I just want you guys to understand that. That’s coming from me, and my feelings, and just hopefully everybody respects my platform, my opinions to try to just enlighten my people, and just let everybody know that there’s no hatred involved. I hope you guys understand that, and realize… (video then ends).

While appearing contrite visually, the words in that apology, or whatever you would call it, probably aren't what the Eagles (or anyone else) was looking for.

Surely, this story will continue to develop.