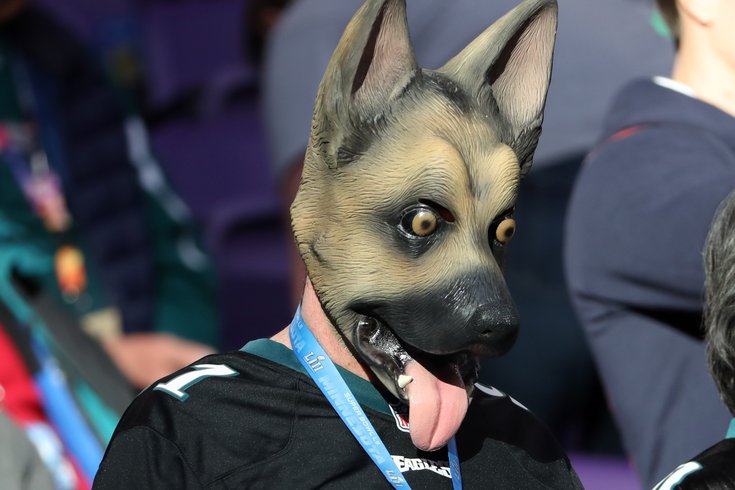 The Eagles aren't getting much respect heading into the 2019 NFL playoffs.

Here's where people around the country have the Birds ranked after the conclusion of the 2019 regular season. Not as many of our regular media outlets participated with the regular season over.

The Eagles delivered Philadelphia its first Lombardi trophy with a 41-33 win over the Patriots. The city is still partying. From the "Philly Special" to Brandon Graham's strip sack of Tom Brady to Jason Kelce's "hungry dogs" speech from the Art Museum steps, many of the top moments in franchise history were born just two postseasons ago.

#JimmySays: With the Eagles in the playoffs, they can't be ranked worse than 12th.

Getting to the playoffs with this team is a nice accomplishment for Doug Pederson. Carson Wentz and that pass rush will be a tough out.

#JimmySays: 12th again, huh? Even though they have a home game?

Since 2017, they're league-best 15-5 once December begins. Burning question now for scalding Iggles is whether Carson Wentz is Mr. January.

Now that the Eagles have pulled off another improbable December run to get into the playoffs despite all their injuries, we can't sleep on Doug Pederson's team in the NFC tournament, especially with a home game in hand to start. They have something new, too, for the playoffs — a healthy and determined Carson Wentz.

The injuries that have decimated Philly's roster kept coming in Week 17. Starting guard Brandon Brooks left with a dislocated shoulder. Rookie running back Miles Sanders, who had become a focal point for the offense in recent weeks, was felled by a sprained ankle.

However, as has been the case over the last month, when one player went down, another stepped up. Against the Giants, it was running back Boston Scott, who amassed well over 100 total yards and scored three times in a 17-point win that gave the Eagles the NFC East.

The victory was Philadelphia's fourth in a row, and it sets up a rematch of a Week 12 meeting between the Eagles and Seattle Seahawks at Lincoln Financial Field. That game came in the middle of a three-game skid for the Eagles and was won by the visitors 17-9.

This second go-round carries significantly higher stakes for a pair of postseason regulars.

They're not at least in better shape than the Vikings?