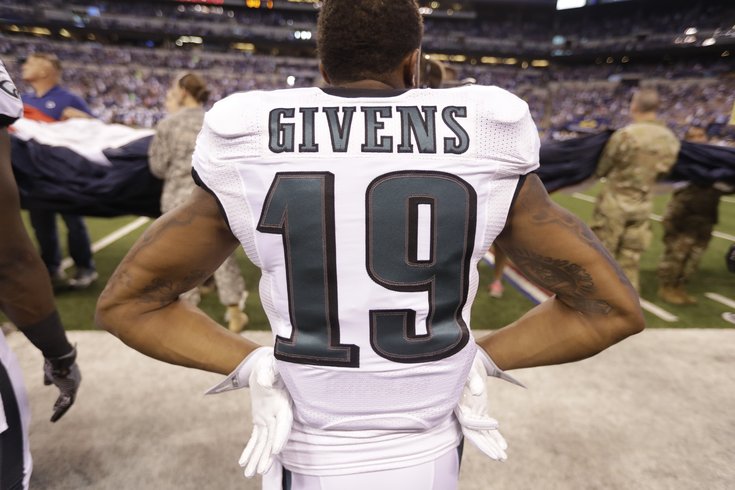 The Eagles also placed rookie seventh round picks Joe Walker and Alex McCalister on injured reserve. Their seasons are officially over. Walker tore his ACL, while McCalister is more of a "redshirt" move.

This offseason, the Eagles signed three wide receivers who were drafted reasonably high in the 2012 NFL Draft, hoping that they could get one of them to live up to their potential. They were Randle (Giants 2nd round pick), T.J. Graham (Bills 3rd round pick), and Givens (Rams 4th round pick). Graham was released on August 21st, while Givens and Randle were released today.

In the first preseason game, Randle had one of the most embarrassing performances I've ever seen from a professional athlete, as he looked completely disinterested. Randle had decent production in his four years as a New York Giant:

However, he did not prove that he deserved a roster spot in any way throughout training camp or the preseason games.

Givens had a productive season as a rookie, but his career has been on a downward trajectory since. His numbers:

The Eagles didn't (and still don't) have much in the way of receivers who can stretch the field vertically. Givens ran a 4.41 40 at the 2012 Combine and he has a 16.6-yards-per-catch average for his career. He also has three years of experience playing alongside Eagles quarterback Sam Bradford. Still, it wasn't enough, as Givens has been nearly invisible over the last three weeks.

If there's a surprise cut here, it's Martin, who seemed like a good bet to make the team as a rotational DT.