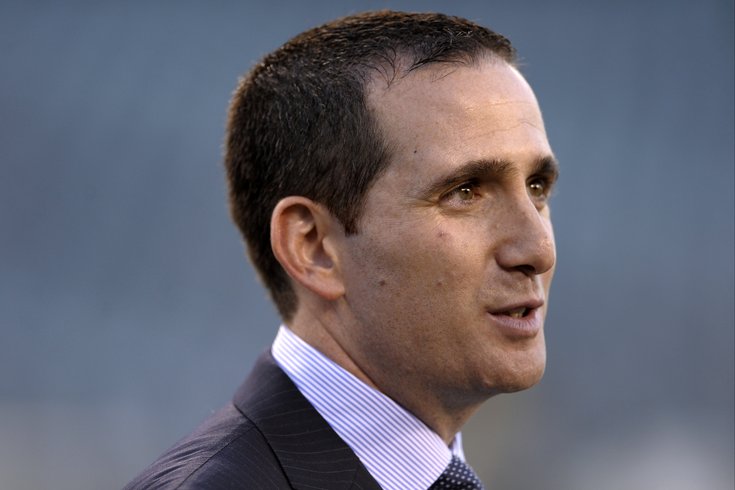 On the pedestal of the statue the Eagles are erecting of Howie Roseman outside the NovaCare Complex, there's a poem that reads, "Give me your tired, your poor, your huddled undrafted players yearning to play nearly for free."

This offseason, Roseman spent the most guaranteed money in the NFL on undrafted free agents, by far, indicating that the Eagles had a clear strategy to prioritize finding talent there.

"It goes back to [the fact that] we don't have the same amount of resources that we've had in the past because of the picks we traded," said Roseman. "Now (that we've traded Sam Bradford), we've got some of those back here."

Loading up on undrafted free agents was a strategy that made sense, for three reasons:

When the Eagles trimmed their roster down to 53 players, it initially included four undrafted free agents – WR Paul Turner, OT Dillon Gordon, DT Destiny Vaeao, and CB C.J. Smith. Turner and Smith were released to make room for three waiver claims, one of which was another 2016 undrafted player, WR Bryce Treggs.

The Eagles then filled out their entire 10-man practice squad with 2016 undrafted rookie free agents, which is actually quite rare. A conclusion that could be made there is that Roseman likely wanted his own set of 10 players to try to develop.

"We feel like we’ve got to find ways to improve this football team in an unconventional manner," said Roseman. "When you look at the percentage of rosters taken up by undrafted free agents, outside of first-round picks, I think it’s the highest percentage of players on rosters. For us, we felt like we needed to throw darts at that pool of guys that we liked."

In the Eagles' case, 22.6 percent of their roster is made up of undrafted players. Here's a breakdown of the Eagles' players, and their draft position:

"It's hard to recruit undrafted free agents after the draft," Roseman said. "You are competing against 31 other teams. We looked at the amount of resources we put into that and if we can get a couple guys out of it, how it would work for us. We're hopeful that it's not just now that it works, but going forward some of those guys are guys that can contribute to our football team."