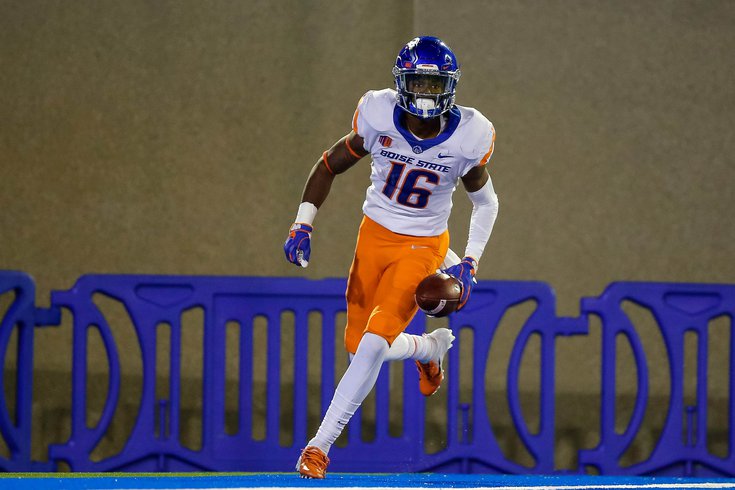 During this dead period of the offseason, we'll be comparing each of the Eagles' rookies to current NFL players. Today we'll take a look at fifth-round wide receiver John Hightower.

We're going to get a little obscure with Hightower's comp, former Cardinals and Chiefs receiver Steve Breaston. Like Hightower, Breaston was a fifth-round pick in 2007. In addition playing receiver, Breaston returned kicks and punts, something that Hightower did in college at Boise and should get an opportunity to do with the Eagles.

Both players were lean receivers with decent speed and playmaking ability. A comparison of their measurables:

Hightower just looks and moves similarly to me: