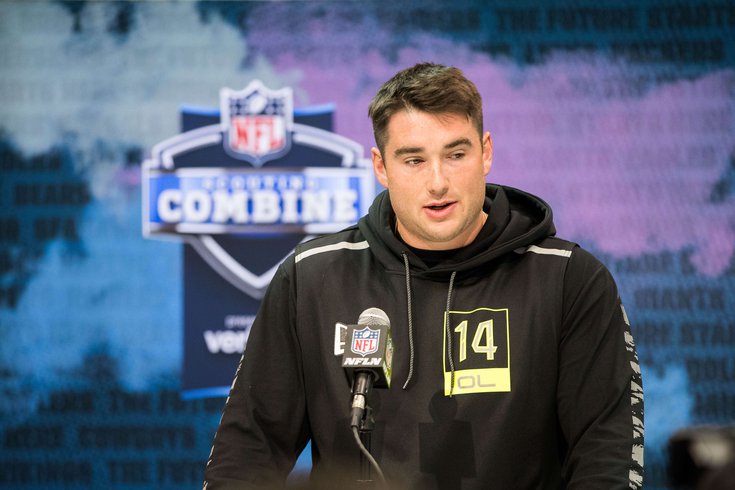 During this dead period of the offseason, we'll be comparing each of the Eagles' rookies to current NFL players. Today we'll take a look at fourth-round offensive lineman Jack Driscoll.

Driscoll reminds me a little of Allen Barbre, an athletic, versatile offensive lineman who played in the NFL for 11 seasons, including four with the Eagles, from 2013 to 2016. In Philly, Barbre mostly played guard, but he would kick out to tackle on occasion in emergency situations.

In college, at UMass and Auburn, Driscoll played both at left guard and right tackle. In the pros, he is probably best suited for guard, but could maybe be cross-trained at tackle, and he may even get a look at center.

As you can see, both Barbre and Driscoll have plus athleticism for offensive linemen, but are somewhat undersized:

Here are my friends Amy, Fran, and Ross discussing Driscoll:

And thus concludes my long-awaited Jack Driscoll comparison. You're welcome.