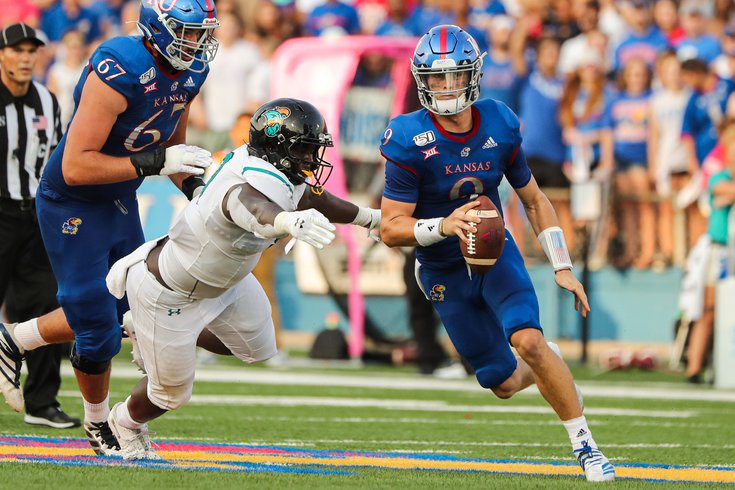 During this semi-dead period of the offseason, we'll be comparing each of the Philadelphia Eagles' rookies to current or former NFL players. Today we'll find a comp for sixth-round defensive end Tarron Jackson.

Jackson is known as a power rusher with hand fighting ability, and (Andy Reid alert!) a high motor, which are sort of a necessary traits given his lack of height/length and ideal athletic measurables, shown here:

Jackson displayed inside-outside versatility in college, and as such, it came as a surprise that he only weighed in at 254 pounds at the Combine. The bet here is that the Eagles will try to get him to bulk up to around the 270 range, to put him in a position to contribute as a high-effort rotational guy both inside and outside in the pros. He'll have the opportunity to learn from Brandon Graham early in his career.

A player who might serve as something of a more realistic target profile than Graham, however, is Seahawks defensive lineman Kerry Hyder, who has had an interesting career. He's not a perfect comp, because he entered the league as an undersized, 290-pound DT, who lost weight and became primarily a DE, whereas Jackson is entering the league as a DE, but will have to gain weight to also be able to play inside.

Hyder, who is now listed at 6'2, 270, has carved out a decent career as a backup D-lineman, who has played inside and outside. He had 8 sacks with the Lions in 2016, and 8.5 sacks with the 49ers in 2020, but has otherwise not put up impressive numbers. Like Jackson, Hyder is a high-energy, high-effort player who has had pockets of good production despite not being blessed with good length or athleticism. A look at his 2020 season:

Jackson will bring that same intensity, but ideally he can become a productive, versatile, rotational role player.