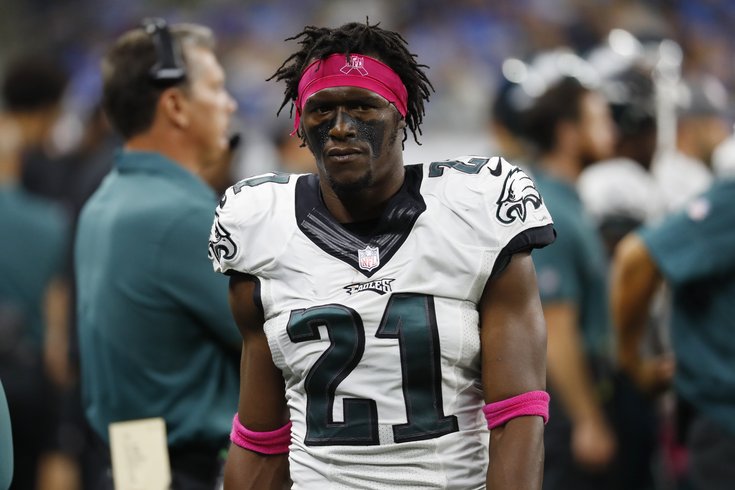 The Eagles are dangerously thin at corner.

• DT Bennie Logan: Logan is perhaps the Eagles' best run stopper. A week ago, the Eagles gave up 230 rushing yards to the Redskins. They may have to try to get their run defense back on track against the Vikings without Logan. Logan's appearance on the injury report as questionable comes as a mild surprise, as his injury was thought be more significant than the rest of the players listed.

Asked Brandon Graham what Bennie Logan means to the D, noting that he may not play. Fletcher Cox interrupted, "F*** that, Bennie playing."

• CB Leodis McKelvin: McKelvin did not appear on the injury report two weeks ago against the Lions, but he tweaked his previously injured hamstring during the game. McKelvin tested out his hammy before the Redskins game but it was determined that he could not play. Make no mistake -- McKelvin's absence hurt, as Jalen Mills did not have good enough long speed to keep up with the speed of DeSean Jackson, and the Eagles were forced to park Rodney McLeod 60 yards (estimated) off the line of scrimmage all day.

• CB Ron Brooks: Brooks is of course the Eagles' starting nickel back. A week ago, the Eagles had just three corners active. They are severely depleted at corner.

• LB Mychal Kendricks: Kendricks made a few plays against the Redskins after an absolutely atrocious game against the Lions.

• TE MyCole Pruitt: Back of the roster guy.

• WR Jarius Wright: Wright has played in just two games this season. He has four catches for 32 yards and no scores.

• WR Stefon Diggs: Diggs is the Vikings' best receiver. On the season, he has 25 receptions for 372 yards and 1 TD.

• WR Laquon Treadwell: Treadwell was the Vikings' first round pick this year. Obviously, the Vikings have a bunch of banged-up wide receivers. Treadwell has appeared in three games, but does not yet have a reception in the NFL.

• QB Teddy Bridgewater: Bridgewater's gruesome leg injury just before the start of the season was the impetus for the Eagles' trade of Sam Bradford to the Vikings.

• RB Adrian Peterson: Peterson was off to a slow start this season (31 carries for 50 yards) before he had surgery to repair his meniscus, but he is still arguably the Vikings' most important player, even at 31 years of age. The Vikings' run game has not yet taken off without him:

• LT Matt Kalil: Kalil was the Vikings' starting left tackle until he was lost for the season with a hip injury. He was replaced by T.J. Clemmings, who did not play well. The Vikings then decided to sign former No. 1 overall pick Jake Long, who is now 31 years old. It is still to be determined who will start this Sunday at LT.

• RT Andre Smith: Smith was lost for the season with a torn triceps. He was the Vikings' starting RT. Jeremiah Sirles started in Smith's place in the Vikings' last game, which was Week 5 against the Texans. He'll have a tough matchup against Brandon Graham this week.