Eagles vs. Vikings: Predictions, odds and broadcast info for the NFC Championship 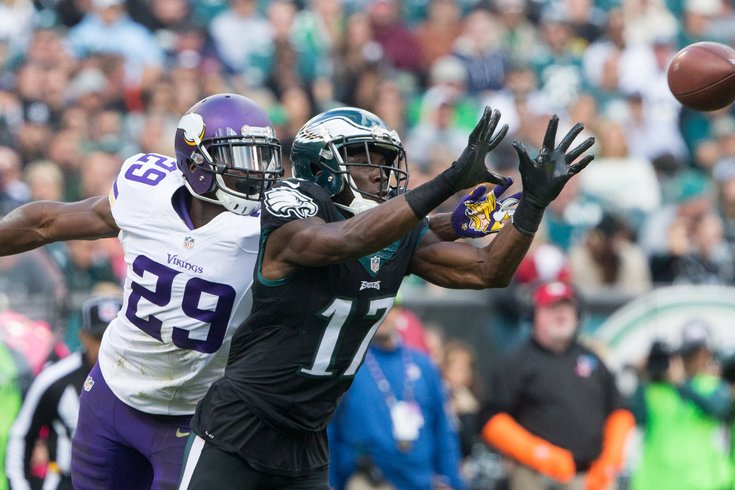 When the Philadelphia Eagles face off against the Minnesota Vikings on Sunday, it will be my fourth time attending an NFC Championship Game in South Philly – they're 2-1 so far – but my first as a reporter.

In 2003, following their loss to the Buccaneers, I saw grown men opening weeping as they roamed the sidewalks like zombies outside of a soon-to-be-demolished Veterans Stadium. Two years later, I remember seeing, well, more grown men crying, this time tears of joy after the Eagles beat the Falcons to advance to their first Super Bowl since 1981.

In other words, I've seen my fair share of tears shed over this team. And I'm not sure what I'm expecting to be different this time around. The Eagles haven't been back to the Super Bowl since that 2004-05 season – and many weren't expecting this would be the year they'd return – but here they are, one game away, and it's starting to feel like old times again.

If you don't know what I mean, allow me to tell you a quick story...

My father has had Eagles season tickets for as long as I've been alive, and they've been around a lot longer than that – they belonged to my grandfather before him. It's how I was able to attend all those early 2000s playoff games. Every year, he sells a couple of games to try to make some of his money back and often times, especially when the Birds are good, makes enough from three games to pay for his entire season package.

With ticket prices for Sunday's game soaring, I asked if he was planning on selling those tickets, perhaps with the idea that if the Eagles reach the Super Bowl, he can put that money toward a trip to Minnesota early next month. Or, if they lose, he can almost cover all of next year's package.

At first, he seemed somewhat disinterested, and when I saw that seats in his section were going for more than $1,000 each, I pressed him on it. He wasn't budging, citing reasons like:

Although his answer left me wondering if he had recently been told he had some sort of terminal disease, it was probably the most Eagles-fan answer I could've hoped for, right down to its morbid ending. My dad isn't an overly emotional guy – most of us Irish aren't – but I could hear it in his voice on the other end of the phone, just like I did over a decade ago when I saw him cry for what I'm pretty sure was the first time in my life.

He'll probably be crying again on Sunday night. And, for his sake, I hope they're tears of joy. He deserves it.

Earlier on Friday, we took a look at how other local and national writers see this week's game playing out. You can check that out, here.

A week ago against the Atlanta Falcons, the Eagles won the way they often did during the middle of the season, when they rattled off nine straight wins – in the trenches. During that long winning streak, the Eagles were able to blow out a bunch of their opponents, such as the Cardinals, Redskins, 49ers, Broncos, Cowboys, and Bears, by controlling the line of scrimmage on both sides of the ball.

I'm convinced the Eagles would have won easily last Saturday if they had Carson Wentz. Without him, and against a better team than the ones we noted above, the Eagles still narrowly got the job done, even if it was ugly to watch at times.

I believe that the Eagles' matchup with the Vikings will be won or lost in the trenches, and I see a significant advantage for the Eagles there.

When the Eagles have the ball, it will be strength on strength, as the Vikings have an outstanding defensive line, headlined by DE Everson Griffen and DT Linval Joseph. The Eagles will try to keep them in check with a highly decorated offensive line that includes two first-team All-Pros in RT Lane Johnson and C Jason Kelce, a Pro Bowl selection in RG Brandon Brooks, and a LG in Stefen Wisniewski who is playing at the top of his game. The only real question mark is LT Halapoulivaati Vaiatai, who is sure to get a lot of help on Sunday.

The Vikings should have significantly more trouble blocking a very deep and very talented Eagles defensive line. I would go as far as to say that the Eagles' biggest strength, their defensive line, lines up perfectly with the Vikings' biggest weakness, their offensive line.

Recognizing their offensive line let them down in a big way a year ago, the Vikings went out and signed a pair of offensive tackles in Riley Reiff (5 years, $58.75 million) and Mike Remmers (5 years, $30 million) this past offseason. They also drafted center Pat Elflein, who became a Day 1 starter. Those moves added stability to a Vikings OL that was arguably the worst in the NFL last season.

The Vikings once again have themselves some OL issues. By my count, the Vikings have had eight different OL combinations this season.

The guess here is that the Vikings will roll out the same lineup they did during the divisional round of the playoffs (in green above). If so, they'll have virtually no OL continuity whatsoever.

That is less than ideal against a team that is in the conversation for the best defensive line, top to bottom, in the NFL. I think the Eagles' defensive line dominates both in the run game and passing game, and the Eagles do just enough on offense to pull out another ugly win.

I’ve picked the Eagles in the vast majority of the games they’ve played this season, so it feels wrong to buck that trend now on the verge of a Super Bowl appearance. They’re on home turf, equipped with an underdog’s mentality and a defense that already proved capable of shutting down a high-powered offense in a playoff setting.

I expect a knockdown, drag-out fight that isn’t decided until late in the game. The defenses are too good for any other outcome, and it will likely come down to which man between Case Keenum and Nick Foles can come up with some second-half magic.

After that last second touchdown a week ago, I think Keenum’s magic is used up. Give me the Birds.

Did you read my introduction? Of course I'm picking the Eagles in this one.

That being said, I actually think they win on Sunday. Just like against the Falcons, the Eagles are the better team in the trenches, and that typically means even more this time of year. The Vikings aren't necessarily great at getting to the quarterback – they're tied for 17th in the league with 37 sacks this year – so if the Eagles can get themselves into third and manageable, it'll at least give Nick Foles and this offense a chance to convert on third down against far and away the best defense in the league at getting off the field in those situations.

On the flip side, Case Keenum and the Vikings offense is going to get all it can handle from the Eagles defensive front. Over their last seven games, including their win over the Rams last week, the Vikings have allowed 17 sacks. And in the regular season, one of the ways teams were able to limit Minnesota's offense was by putting pressure on Keenum.

In Keenum's 12 regular season wins (one of which he didn't start but still attempted 21 passes), he was sacked just 12 times total. In his three losses, he was sacked 10 times. Furthermore, he was 7-0 in games where he was sacked just once or not at all. That record drops to just 5-3 when the opposing defense brought him down two or more times.

While the Eagles defense has just one more sack than the Vikings, there's no question that the Birds have the more disruptive defensive line – and the pressure comes from all angles.

No team in the NFL put opposing quarterbacks under pressure on more passing plays than the @Eagles in the 2017 regular season! pic.twitter.com/Jwlm34L9pT

7 Eagles players have at least 20 pressures, most in NFL:

Unlike Minnesota, they've also been able to turn that pressure into turnovers, finishing the regular season ranked fourth in the NFL with 31, a dozen more than the Vikings. The Eagles weren't able to record any takeaways against Atlanta, so they should be due for one (or more) on Sunday. Just twice all season have the Eagles been unable to record a takeaway and both times they recorded two the following week.