Promising rookie running back to greet fans at Dunkin' Donuts 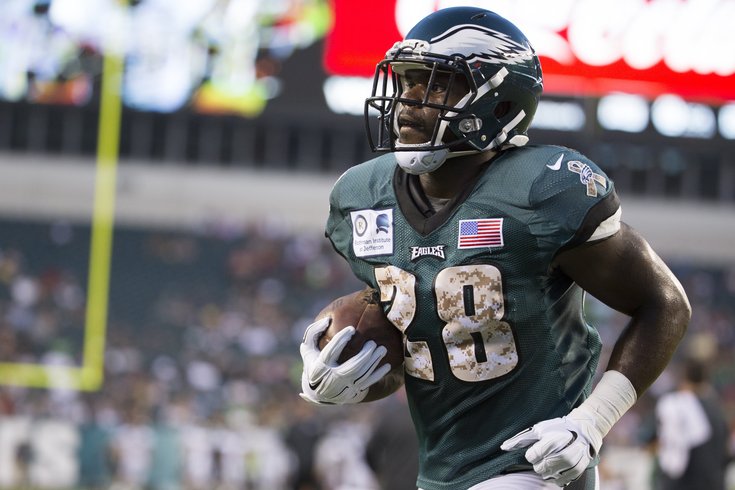 Being a rookie running back in the NFL isn't easy. You have to fight for playing time, or you're run into the ground. You're susceptible to hideous injuries and plugged in as the change of pace guy who's expected to actually change the pace. You also have to figure out how to pass-protect at the NFL level.

And you're a rookie, so all of your teammates rag on you and make you run their errands.

Wendell Smallwood, the Eagles' fifth-round pick out of West Virginia, proved in last Sunday's 34-3 win over Pittsburgh that he can handle all of these tests. Just look at the film on him. He's decisive, he's quick and he's shifty with the ball in his hands. Remember how we all loved Correll Buckhalter? Yeah, the Andy Reid 2.0 thing doesn't seem so bad now, does it?

One #Eagle I'll always have a soft spot for is Correll Buckhalter. A great complimentary piece. https://t.co/NUgBtsETnX

Thursday morning, Smallwood will be serving coffee to fans from 7-9 a.m. at the Dunkin' Donuts at 1500 Spring Garden Street. Former wideout Fred Barnett, Swoop and several cheerleaders will also be on hand.

The Eagles are off this weekend, but don't forget to pick up your free Dunkin' Donuts coffee the day after every victory. You can't beat unbeaten.