The Eagles win for all of Philadelphia – not 'white privilege'

Standing in the checkout line at my neighborhood Acme yesterday, I got a chance to chat with an older black couple also decked out in Eagles gear. We shared a laugh about the unexpectedly lopsided 38-7 victory over the Vikings on Sunday, and our hopes for a Super Bowl win come February. It was the sort of casual, friendly interaction that makes for good neighbors and a sense of commonality.

And it struck me that we wouldn’t have been able to share this moment had the Eagles not won on Sunday, and had we – coming from different races and generations – not chosen to mark the celebration with our team hats, hoodies and scarves.

So I was particularly puzzled to read the recent article in Philly Mag claiming that it was not just the Eagles, but "white privilege" that won on Sunday. I didn’t have the heart to tell the couple, nor have I mentioned it to the countless non-white people I’ve seen out and about with their team gear on.

In his missive, the magazine's Resident Progressive Scold Ernest Owens complains that “crowds of white people, in all of their unapologetic privilege” violated his standards of decorum with public debauchery, greased-pole climbing and “disrespect[ing] city monuments,” whatever that means.

Admittedly, Owens boycotted the NFL season “in solidarity” with black athletes. So he may not know exactly what he’s talking about, though that doesn’t stop him from claiming that the celebrations were for whites only. What about the hundreds of thousands of black, Hispanic and Asian fans chanting the fight song in their homes and on the streets?

The problem with Owens’ assertion that a football victory is a win for white privilege isn’t just that he is willfully misinformed, having missed the entire season. It’s that he precludes non-white people from reveling with the rest of their city. Is this supposed to be liberating?

If Owens had bothered to go outside after the game, as I did, he would have seen Philadelphians of all races and ages: euphoric and united. On busy street corners stood Philly cops of all backgrounds, ready to keep the peace if things got out of hand – though the most I saw was some public consumption of beer by an elated fan base, and noise violations by horn-honking drivers eager to get in on the fun. The energy was intense and undivided, like nothing I’ve felt as a Philadelphia resident.

And if Owens had bothered to follow the miraculous season, as millions across the country did, he would have witnessed the triumph of a team fighting adversity with talent and grit. What should have been a curse, as key veterans like Jason Peters and Darren Sproles fell to injuries, was made into a blessing as less proven athletes like Nelson Agholor and Patrick Robinson stepped up. We agonized when we loss Wentz. We rejoiced as a questionable Nick Foles carried us through the playoffs.

This wasn’t the season anybody predicted. We were counted out. We triumphed anyway. That our team is made up of majority-black athletes, and that they are as well-compensated as they are astronomically talented, should serve as further rebuttal to the argument that anybody celebrating their win is also celebrating white privilege. On the contrary, we are celebrating excellence. 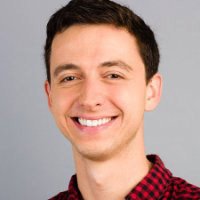 And for anybody still wondering who won on Sunday, Philadelphia newcomer Alshon Jeffrey shared a different message after his first of two TD receptions: “This is our city!”

This is a unifying moment for us. It strikes me that as Philadelphians, and as Americans, we need more such moments. The Philly Mag piece isn’t just lazy, predictable trolling – it’s reflective of a larger tendency of some on the Left to “problematize” every moment of happiness, whether internal or public. It’s joyless, it’s divisive, and frankly it’s quite boring at this point.

As our athletes – black, white and brown – head into the Minnesotan tundra, they carry with them the hopes of our entire city. Let’s reject the gratuitous division that is the plague of our era. Let’s welcome every person to join Birds Nation.

And when our Eagles come home with a trophy, even Ernest Owens will be welcome at the parade, where he’ll see one city, united in Eagles green.

Albert Eisenberg is a Republican political consultant from Philadelphia. He is cheering for an Eagles win for his bird-day. Find him on Twitter @Albydelphia.