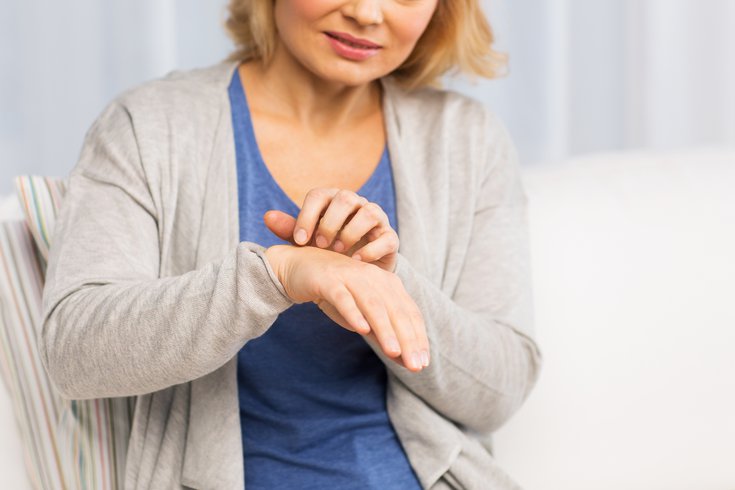 While most treatment options for eczema focus on reducing inflammation and providing itch-relief, many experts recognize the need to address the mental health of the patient as well.

Eczema – a rash-like skin condition found among infants, children and adults – causes flare-ups of dry, itchy patches of skin. It can affect various parts of the body, but most commonly presents itself on the hands, neck, elbows, backs of knees and the face.

While most treatment options focus on reducing inflammation and providing itch-relief, many experts recognize the need to address the mental health of the patient as well.

Who is most at risk?

While the causes of eczema are not completely understood, having a family history of the condition is an important risk factor. Studies have also shown links between asthma and allergies.

The skin disorder often goes into remission, but may return under certain circumstances. Common triggers include hot or cold temperature, dry conditions, certain fabrics or detergents.

Common treatment options for eczema include antihistamines and topical steroids to reduce inflammation and itchiness. And because too much scratching can lead to infection, sometimes oral antibiotics are often prescribed to kill any bacteria that gets under the skin.

Drugs like oral cyclosporine are used in severe cases to suppress the immune system's overactivity and reduce the number of flare-ups a person experiences. Ultraviolet light therapy and chemophototherapy, as well as certain creams, can also target the immune system's response.

Doctors treating patients with eczema understand that there is a mental health aspect of the condition. Anxiety and stress are known triggers for eczema flare-ups, which then can cause more stress and anxiety over the appearance of the skin and the struggle to curb the itch to scratch.

This creates a vicious cycle. Many people living with eczema have trouble sleeping and avoid social interaction and physical activity during flare-ups. Some people with the disorder also struggle with depression.

Addressing the mental health of the person living with eczema is just as important as treating the skin, experts say.

Psychological counseling, relaxation therapy and even anti-anxiety drugs are often prescribed for eczema patients. Biofeedback can also help with the urge to scratch.

And now, a new study from Karolinska Institutet in Sweden suggests internet-delivered cognitive behavioral therapy may offer some relief.

The researchers in a pilot study published in JAMA Dermatology found that the therapy delivered online was more effective than just standard care for the skin disorder.

"[Internet-delivered cognitive behavioral therapy] requires much less therapy time than the normal treatment format and has the potential to reach many patients who don't have access to a psychologist," explained Erik Hedman-Lagerlof, a neuroscience professor at the institute.

The study included 102 Swedish adults who were randomly assigned to either the investigational treatment group or the control group. They were all given the same instructions for self-care with existing medication, but those in the investigational arm also received the internet-based therapy.

Those who received the internet-based therapy had access to a therapist through written messages via a digital platforms for 12 weeks.

All the participants were assessed for eczema severity weekly during the treatment period and at a six-month and 12-month follow-up. They were also asked to self-report on symptoms including itching, stress, insomnia and depression.

The unconventional treatment not only brought relief during the study period, but for months afterwards, the researchers said. More analysis is needed to further explore its effectiveness.