The beverages are super popular, but health experts say they only should be consumed on rare occasions 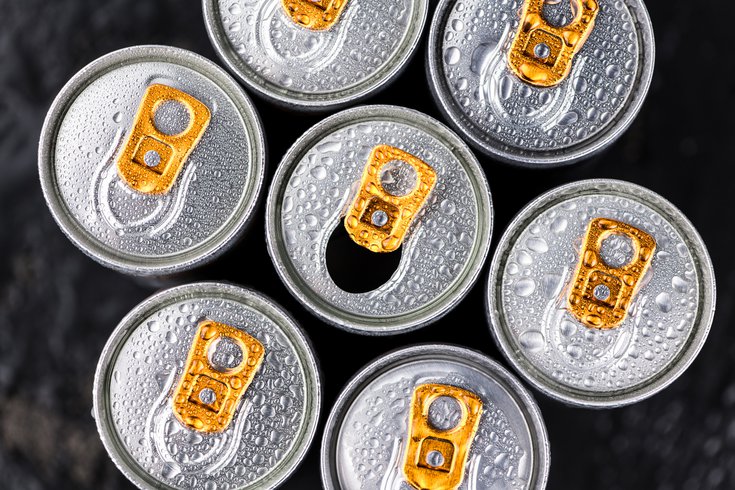 Energy drinks are a popular way to boost energy and sharpen focus, but overconsumption can lead to adverse health effects, research has shown.

Energy drinks have become the beverage of choice for the sleep-deprived and many people looking for an extra performance edge, including athletes.

They're marketed as a way to boost alertness and, of course, heighten energy levels. And it's worked. The energy drink industry was valued at $61 billion last year and is projected to nearly hit $100 billion by 2027.

According to the National Institutes of Health, 34% percent of adults ages 18-24 regularly consume energy drinks. But nutritional experts warn that chronic use is linked to serious adverse health effects.

Though energy drinks are sometimes confused as sports beverages, they are a completely different type of product. Many energy drinks contain almost 200mg of caffeine — about two cups of coffee — and as much or more sugar as soda, according to Harvard Health.

"A lot of people are not aware of the possible dangers and keep drinking them all day," Dr. Amy Lee, chief medical officer of Lindora Clinic in Southern California and an expert in weight control, obesity and nutrition, told PhillyVoice. "It is critical to always read labels and to understand what could happen if you overdose on certain herbs or other ingredients."

Breaking down the energy drink

The U.S. Food and Drug Administration allows energy drink manufacturers to classify their products as beverages or dietary supplements based on several variables, including packaging, serving size and recommended conditions of use.

The ingredients in beverages must be pre-approved by the FDA, but dietary supplements face less scrutiny. So, it isn't necessarily easy to know the exact health effects of energy drinks. Most research has focused on the caffeine and sugar in them.

"Caffeine can affect quality of sleep," Lee said. "Consuming too much of it can lead to difficulties falling asleep and staying asleep. Lack of sleep then affects your cognitive abilities which may lead you to eat more bad foods in an effort to boost your energy and focus."

Caffeine and other stimulants also can have an adverse effect on the heart and blood pressure, research has shown.

Overdosing on caffeine can cause vomiting, palpitations, high blood pressure and, in severe cases, seizures and death. Children and teenagers are particularly vulnerable because they may not understand how much caffeine energy drinks contain.

In 2017, a 16-year-old boy died of a caffeine overdose after drinking soda, coffee and an energy drink. The caffeine caused a heart arrhythmia.

It isn't totally clear how overconsumption affects a person's health because there is little research on the other ingredients in energy drinks. For example, some energy drinks contain B vitamins, which can cause skin conditions, liver toxicity, blurred vision and nerve damage when consumed in excess.

And because these drinks are sugar-laden, chronic use can cause dental issues, including cavities, and increase the risk of developing obesity and type 2 diabetes.

However, caffeine and sugar are not the only potentially unhealthy ingredients included in energy drinks. A Texas A&M University study found that theophylline, adenine and azelate caused the most adverse effect on the heart.

Theophylline, a chemical similar to caffeine, relaxes the muscle around the lungs' airways. Adenine is a small molecule that is used for nutritional supplementation. When combined with ribose, it is known to cause heart blockage in people suffering from supraventricular tachycardia — a condition where the heart beats faster. Azelate is the salt of azelaic acid, an acid known to reduce inflammation.

The Texas A&M researchers tested the effect that 17 brands of energy drinks had on the heart's function using lab-grown human heart cells. They found they caused improper heartbeat cardiomyopathy, increased blood pressure and other heart conditions.

This overstimulation can cause negative effects to the heart's rhythm and to cellular function, he said. The sympathetic nervous system is designed for short flight or fight. Chronic release of these hormones, like through the regular use of the stimulants in energy drinks, increases inflammation and can cause organ damage.

Though the Texas A&M study improves the understanding of the way ingredients in energy drinks affect health, McClain, who was not involved in it, stressed that more research is needed.

Yet, health experts are most concerned about the lack of regulation around energy drinks and the aggressive marketing to teens. Their nervous systems are still developing, putting them at greater risk of damage.

"Most younger kids didn't grow up with a cup of coffee in hand, but it is so accessible to buy energy drinks," Lee said. "They don't understand the possible bad effects."

The American Academy of Pediatrics says children and adolescents shouldn't be consuming the amount of caffeine and other stimulants found in energy drinks at all.

Nearly 1,500 adolescents ages 12-17 visited to the emergency room for an energy drink related emergency in 2011, according to the Centers for Disease Control and Prevention.

Also, combining alcohol and energy drinks has been a growing dangerous trend. Over 30% of adults ages 18-28 reported mixing the two substances at least once in the last year, a University of Michigan study found.

So what should you do if you need a little energy boost before a workout or a big presentation?

McClain offered the same advice his grandmom used to give him: it's most important to get an appropriate amount of sleep each night.

"We are the only animal on the planet who goes without sleep on purpose," he said. "The importance of getting a good night's sleep on a regular basis isn't hard to comprehend, but it can be hard to do."

A healthy diet, which includes plenty of water for proper hydration, is also critical. If you need a little boost, he suggests drinking an espresso or a green tea instead.

"Energy drinks should only be used for break-the-glass-in-case-of-emergency use," he said.