The chemicals at issue, PFOA and PFOS, have contaminated communities across the country affecting millions of Americans 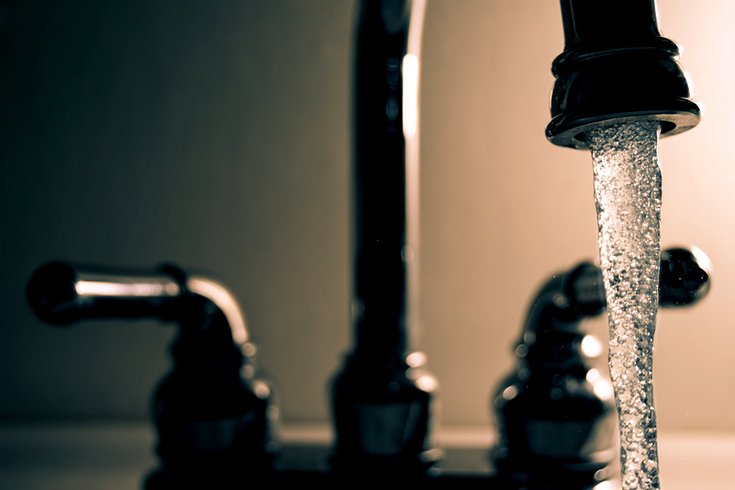 After more than a year of community meetings and deliberations, the U.S. Environmental Protection Agency announced in February 2019 that it would begin the process of regulating two drinking water contaminants, seeking to stem a growing national public health crisis. If EPA follows through, this would be the first time in nearly 20 years that it has set an enforceable standard for a new chemical contaminant under the Safe Drinking Water Act.

The chemicals at issue, PFOA and PFOS, have contaminated drinking water supplies across the country affecting millions of Americans. They belong to a class of synthetic chemicals called PFAS, or per- and polyfluoroalkyl substances, that are widely used in products including firefighting foams, waterproof apparel, stain-resistant furniture, food packaging and even dental floss.

These chemicals have been linked with numerous health problems, including cancers, thyroid disease, high cholesterol, low birth weight and effects on the immune system. Studies show exposure to PFAS in children can dampen the effectiveness of vaccines – a topic my colleagues and I are currently investigating as part of a project called PFAS-REACH. In laboratory studies, low levels of PFAS can alter mammary gland development, which could have implications for increasing breast cancer susceptibility later in life.

What’s more, PFAS are highly persistent. Once released into the environment, they don’t break down – a fact that has led many to dub these substances “forever chemicals.”

PFAS have been used for decades, but only in the last few years have we begun to grasp the full extent of contamination. A 2016 study reported that over 16 million Americans are exposed to these contaminants in drinking water, and a more recent estimate put that number at 110 million.

PFAS find their way into water supplies from military fire training areas and airports, as well as industrial sites and wastewater treatment plants. For instance, in 2010 my colleagues and I at the nonprofit Silent Spring Institute, which studies links between environmental chemicals and women’s health, first detected PFAS in public and private drinking water wells on Cape Cod, Massachusetts. The Department of Defense has identified approximately 400 current or former military sites with known or suspected contamination, stemming mostly from use of firefighting foams.

The day after EPA announced its plan, Pennsylvania officials announced they would create their own standards, citing concerns about EPA’s sluggish efforts to address the issue.

Today there are more than 4,700 PFAS substances in use. All are chemically similar and highly persistent. The United States phased PFOS out of products in 2000 and PFOA in 2006, but they are still turning up widely in drinking water, which is why states want EPA to set standards specifying what levels of exposure are safe. Meanwhile, studies suggest that some newer PFAS chemicals have similar health effects, and most have not been studied at all.

Scientists are working hard to better understand these chemicals in order to mitigate the public’s exposure. For example, researchers at the STEEP Superfund Research Program, a multi-institutional effort which I am a part of, are investigating how these chemicals move through the environment, their chemical characteristics, how they accumulate in our bodies, and their impacts on our health.

EPA has been considering regulating PFOS and PFOA in drinking water since 2009. The agency’s recent announcement is a step in the right direction, but still only addresses these two chemicals in drinking water and any new federal standard won’t be fully implemented for years.

Earlier this year my colleagues and I published an analysis in which we showed wide variation in the way state and federal regulators manage these contaminants in drinking water. We found that seven states have their own guideline levels for PFOA and PFOS. Of these, Vermont, Minnesota and New Jersey have adopted levels that are more stringent than EPA’s current non-enforceable levels.

More recently, New Hampshire, New York and California have also proposed guideline levels lower than EPA’s. The day after EPA announced its plan, Pennsylvania officials announced they would create their own standards, citing concerns about EPA’s sluggish efforts to address the issue.

Meanwhile, some states are developing their own guidelines covering additional PFAS chemicals. For instance, Minnesota has included in its guidelines a chemical called PFBS, which is used in Scotchgard. North Carolina regulators are focusing their efforts on a substitute called GenX that seeped into local water supplies from a plant upstream and has been detected in their air and soil.

A key question now is how EPA’s drinking water standard for PFOA and PFOS will compare with what states are doing. Will the agency consider the full body of scientific evidence on health risks associated with exposure to this class of chemicals when setting a “safe” limit in drinking water? Will it consider effects on sensitive populations, such as pregnant women and children? Although the science is still evolving, one thing is clear: The more we learn about these chemicals, the more we see health effects at lower and lower levels.

It is important to give states latitude to adopt more stringent approaches than those set by EPA, and a lot can be learned from how states set guidelines. However, the emerging regulatory patchwork raises concerns that some Americans are not adequately protected. Some states have the resources and technical know-how to conduct their own risk assessments, but others may lack the funding and expertise.

Political and social factors, as well as pressure from industry, can lead to wide disparities in exposure, with some communities protected and others left vulnerable. A federal standard would ensure that everyone is protected, regardless of whether their states have the will and the resources to develop their own standards.

IT'S ALL IN THE FAMILY

EPA’s plan includes other steps that sound promising, such as listing PFOS and PFOA as “hazardous substances” under the Superfund law to establish liability for contamination and support cleanup, enhanced monitoring in drinking water, and better reporting of releases from industry. But the plan largely focuses on addressing problems at existing contaminated sites, not on keeping these chemicals out of water supplies and the environment.

Conducting risk assessments on individual PFAS compounds one at a time is impractical. As a result, many advocacy groups and scientists – including my colleagues at the Green Science Policy Institute – are calling for these chemicals to be regulated as a class.

Under the Toxic Substances Control Act, EPA has authority to restrict approval of new toxic chemicals. But in reality, new ones are approved all the time without thorough evaluations. Given concerns about the extreme persistence and mobility of PFAS compounds, in my view it makes good sense to restrict this entire class of chemicals.

There are precedents for such action. In 1979 the United States banned PCBs after these persistent and toxic chemicals became widespread in the environment. The global community banned chlorofluorocarbons in 1996 when scientists learned that they damage Earth’s stratospheric ozone layer. And in 2017 the U.S. Consumer Product Safety Commission voted to ban an entire class of toxic flame retardants from consumer products.

There is ample evidence for treating PFAS the same way. The question is whether federal regulators have the will.