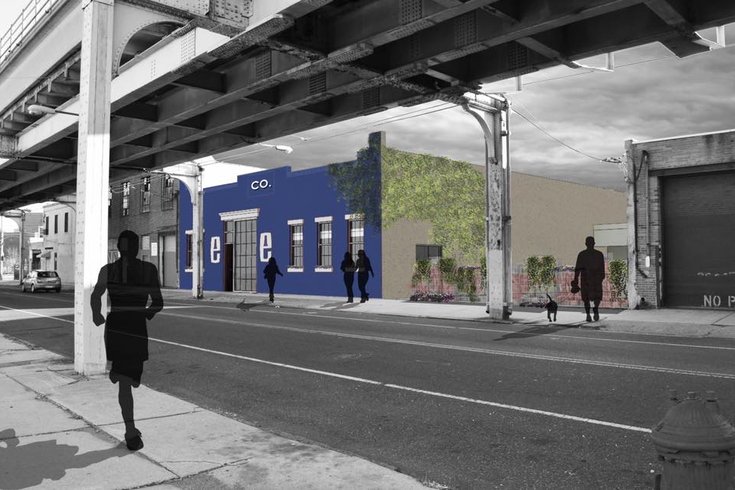 This artist's rendering is of the new location for Evil Genius Beer Company on Front Street in Fishtown. It's set to open in the fourth quarter of 2016.

After years without a home of their own, a beer company launched by two former Villanova students has announced plans to open their new brewery right under The El in Fishtown.

The Evil Genius Beer Company announced Monday it's already started construction on a new facility — complete with a tasting room for guests — at 1727 N. Front St. Thee plan is to open in the fourth quarter of 2016. Per the company's Facebook post:

Once open, guests can come enjoy an eclectic selection of house-made beers in a truly Philadelphian environment - a beautiful old world industrial building with exposed brick and wood, massive ceilings, and just the right peppering of modernity

Evil Genius was founded in 2008 by then-Villanova students Luke Bowen and Trevor Hayward, who met in an accounting class and decided to start a brewery because of the recession, according to the company's website.

Up until now, they've been making their beers through a partnership with Connecticut-based Thomas Hooker Brewing Company. Jon Defibaugh, who was brought on by Bower and Hayward to help brand the brewery, told The Spirit News in February that having their own space would end several years of "squatting" in at breweries — something they've also done in Indiana and New York. Per The Spirit:

“For four years we haven’t even been able to invite people into our home where we make our beers. We’re excited about having that and sharing it with a community that’s ready to accept it."