Even half the recommended amount of exercise can help beat depression

A little more than an hour of moderate activity per week could greatly improve mental health, a large study found 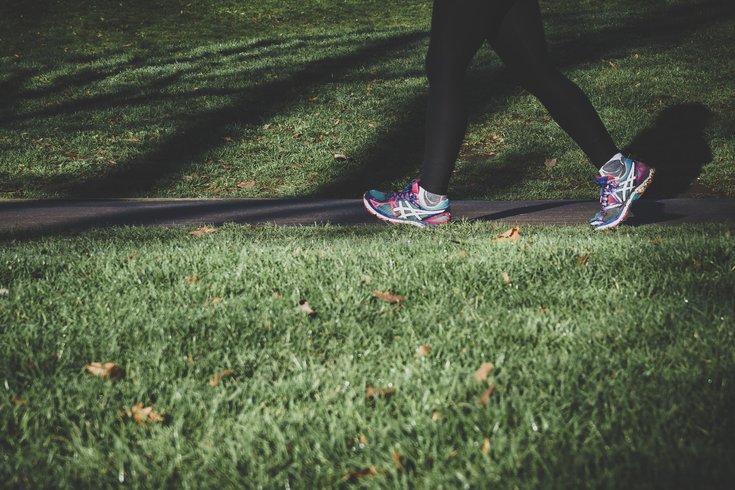 A study published in the Journal of the American Medical Association found that less active adults who got even half of the recommended amount of physical activity per week saw an 18% decrease in depression risk.

Getting just half the recommended amount of exercise  — about 75 minutes per week — can significantly lower a person's risk of depression, according to a recent study published in the Journal of the American Medical Association.

If you have trouble mustering the energy to commit that kind of time to physical activity, it could be part of the  mental funk that exercise would help resolve.

Depression impacts 280 million people worldwide and is the leading cause of "mental health related disease burden," heavily impacting a quality-of-life metric that the study authors define as life years. Life years determine the total health burden of a disease based on the amount of years lost due to poor health or premature mortality. In 2019, depression contributed to the loss of 47 million life years.

Though depression treatment can come in many forms, mental health care providers emphasize the importance of prevention and lowering the risk of developing the mental illness. Some of the factors that influence this include diet, exercise and sleep duration.

Exercise has long been understood as an effective intervention for reducing symptoms and the overall risk of depression, since it stimulates the production of serotonin and dopamine. These neurotransmitters play a key role in regulating motivation, mood and reward.

The World Health Organization recommends that adults get between 150-300 minutes of moderate-intensity exercise per week, and between 75-150 minutes of vigorous exercise per week. Moderate physical activity includes things like biking, brisk walking, or swimming. More vigorous activity might include running, lifting weights and playing an intensive competitive support.

"As this study showed, even 10 to 15 minutes per day of brisk walking was helpful for mood," Dr. Gail Saltz, clinical associate professor of psychiatry at The New York Presbyterian Hospital, told Prevention during a discussion about the study's findings. "Most people can fit that in."

Saltz is the host of the "How Can I Help?" podcast on iHeartRadio, where she offers weekly insights on questions about mental, physical and emotional health.

"Do not let the perfect be the enemy of the good," Saltz added. "Some walking is better than none, so doing nothing because you can't run or work out for an hour is not the answer."

The recommendation is of particular import to Philadelphia, where residents rank among the least active in the United States, according to a Chamber of Commerce analysis of data collected by the U.S. Centers for Disease Control and Prevention. Self-reported information on exercise habits revealed that only 68% of adults in Philadelphia engage in physical activity. That puts Philly 40th on a list of 49 cities with populations of at least 350,000 people.

In Seattle, the top-ranked city, 84.7% of people self-reported to the CDC that they get regular physical activity.

The research on depression in the Journal of the American Medical Association is comprised of 15 separate studies with 191,130 total participants, including about 78% who reported getting a low-to-moderate amount of physical exercise per week. The study's life year calculations accounted for more adjustments based on disabilities among participants.

People who participated in studies on elevated depressive symptoms — like the ones used in the cumulative study — tended to be less active than those in studies about major depression, researchers found. That could mean many people who struggle with mild or moderate depression could greatly benefit from dedicating more time to exercise, preventing a progression to a diagnosis of major depressive disorder

"Engaging in some sort of activity can help you feel more productive and can give you something structured," Keith Stowell, chief medical officer for Rutgers University Behavioral Health Care, told Prevention. "That leads to feelings of satisfaction and accomplishment — all those things play a role."

Researchers noted that a combination of risk prevention methods could be at play with additional exercise, including increased social interaction and improved self-image. The study also notes that the environment plays a role as a risk factor in developing depression, even among those who get the recommended amount of exercise.

While being outdoors in green spaces has been found to improve mental health, researchers said that pollution and other environmental factors could limit the mental benefits of exercise.

The study concluded that, if less active adults had achieved current recommendations, 11.5% of depression cases could have been prevented. The authors' recommended that health practitioners strongly encourage any amount of physical activity as a method of lowering the risk of depression, particularly among less active people.