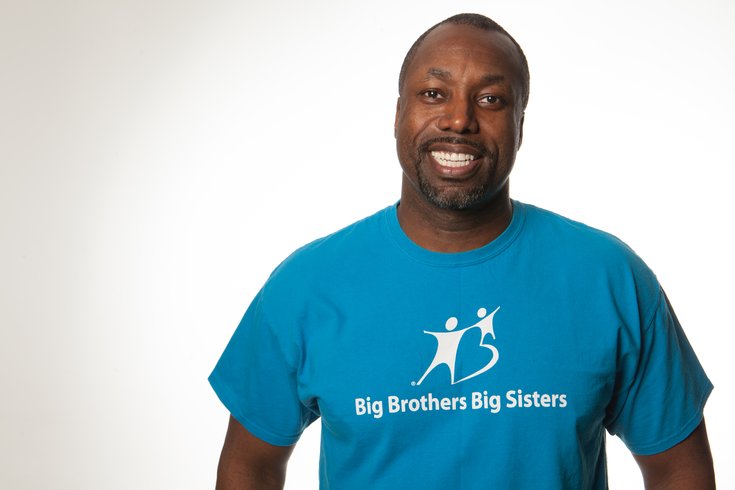 Marcus Allen was appointed as CEO and president of Big Brothers Big Sisters Southeastern Pennsylvania in 2013. He previously fought the cycle of poverty as CEO of ACHIEVEability.

With odds stacked against him at an early age, Marcus Allen found the courage to not only confront those odds but beat them with an iron rod.

He grew up in the projects in Atlanta, situated in a low-income, single-parent household that just couldn't meet his needs. Yet, it's this same (seeming) disadvantage that gave him strength -- the resolve to not be, as he puts it, "another statistic." That resolve's led him, as CEO of Big Brothers Big Sisters Southeastern Pennsylvania (BBBSSEPA), to the frontlines of Philadelphia's ongoing war to end the cycle of poverty and instill the region's youth with faith in their future and fearlessness in the face of adversity.

Allen's own journey out of the cycle began when he earned a basketball scholarship from General Motors that allowed him to attend Paine College (he then played basketball professionally in Israel, Sweden, Finland and Argentina); after starting a basketball camp for at-risk youth in his hometown, he arrived in Philadelphia to attend Temple University, afterward joining VisionQuest as its COO. From 2009 to 2013, Allen served as CEO of West Philadelphia nonprofit ACHIEVEability, an organization concentrated on supporting low-income, single-parent households through education and housing initiatives. In 2013, BBBSSEPA -- the third-largest branch of Big Brothers Big Sisters in the country -- selected Allen as its new CEO. Since taking the reins, the organization has, among other honors, been awarded 2014 Nonprofit of the Year by the Main Line Chamber of Commerce.

On March 16, timed with the celebration of the local branch's 100th anniversary, Allen and co. attended a ribbon-cutting ceremony with Mayor Michael Nutter, Sen. Pat Toomey and U.S. Rep. Chaka Fattah for the opening of the Mentoring Partnership and Resource Center, a Center City training location for mentors and host of programs that foster group mentoring, e-mentoring and advocacy.

Here, Allen chats about his work since joining BBBSSEPA, the biggest struggle he's faced as its head and what he thinks makes for an A-grade leader.

What’s been your most significant accomplishment since taking over as CEO and president of Big Brothers Big Sisters Southeastern Pennsylvania in 2013?

I think our biggest accomplishment is our vision for the next hundred years. ... Just on Monday, we announced we’re starting an initiative called the Mentoring Partnership and Resource Center, and just getting this started, it will add a lot of value to this community. Its purpose is to address the challenges of more than 200,000 at-risk kids in Montgomeryville, and Chester and Philadelphia counties -- kids who are at-risk and don’t have a mentor. A study [we looked at] says one of every three youth will reach the age of 19 without a mentor. We feel that’s unacceptable. So, we launched with the expressed goal of putting care and professional development in the lives of each child we reach.

What’s the biggest hurdle you've had to jump over at BBBS?

Our biggest challenge is finding enough African American men to be mentors. Currently, we have more than 1,200 kids on a waiting list, trying to get into the program. Of those 1,200 kids – we serve 3,200 each year – but of those 1,200, one in six will be African-American boys. Many parents or mothers who volunteer them for the program and ask for help, have asked that we place them with a role model in their lives who look like them. They believe – I believe – that it’s important for these kids to see black men who are doing positive things in the community, and can set an example. And sometimes people don’t fully recognize the value of seeing someone who looks like you doing something good – especially when we see in the media and the news all the time -- and this is a gut feeling -- but a majority of crimes committed, when you see that the person who’s been alleged to do that crime it's normally a black face, more times than not. And so what's not talked about is male, positive-reinforcement of African Americans – men, especially – in the media. To have boys not have someone to look up to, that can be devastating to an entire community of young people. ... Now, that does not preclude the fact that we have white kids and Latino kids, and girls -- we serve the whole lot. But we do know that one of the biggest challenges we have is recruiting African-American men [as mentors].

What’s the bravest decision you’ve made as a leader?

At one point, as CEO, I made the decision to fire my entire leadership team. It was the toughest decision I’ve ever had to make. Because when you have a leadership team, people trust you and you’re responsible for their livelihood. You grow close. And you know that, for the most part, people are doing the best they can do. But sometimes as a CEO, you have to make decisions that are better for the greater good -- the whole, rather than the parts. And that’s easy to say, but when you’re thrown into that circumstance and you have to make that decision, all the books you’ve read and the schoolrooms you've been in, when you have to decide to part ways with people who are your friends, people who have gotten you where you are today, it's hard. I also believe the same people who got you to Point A [may not] get you to Point B. Just like, I may be the CEO who can get us to Point B, but I don’t know if I’m the CEO who can get us to Point C. And so, that’s part of leadership: Identifying who are the people, the talent, who can help you achieve your overall goals and help you continue to move forward.

What makes a great mentor?

First and foremost, passion. The passion to do the right thing for our kids. When we look for mentors, we’re not looking for great parents; you don’t have to be a great parent to be a great mentor, or a great teacher, or great at your business – you just have to have great passion. Passion for a kid’s potential. And to be sure that you’re going to stay in that child’s life along enough to help them achieve that potential. And many times the mentors will come to our program and they don’t – and rightly so, sometimes -- totally understand what mentoring is all about. … Part of why we have the new resource center, is we want to establish the perameters around what mentoring really means. And for us, mentoring, at its core, is about how long that relationship lasts, and how deep that relationship goes. ...

Who makes for a great pupil, or 'little'?

I don’t know if there’s an answer to that question. It doesn’t come in a nice little package. We have kids who have major challenges in their lives, and through no fault of their own, they’ve been dealt a bad hand. And I’m the last one to ever label one of our kids. I’ve heard before ‘Those are bad kids,’ or ‘There’s no hope for our kids’ – that’s not the way we talk about our kids. I was born in poverty, born in the projects, born in a situation where I didn’t know my father, homeless and hungry, dropped off at a woman’s house who was not a biological relative, my mom could not support me and my brother. By all measures and definitions, someone would have looked at me and said, ‘You’re going to be another statistic,' or ‘Maybe he’s not a good mentee.’ And so, that question, I don’t think it can be answered – or at least not from the street where I sit.

What does being a fearless leader mean to you?

Doing what’s right all of the time. And the time is always right to do what’s right – that’s a paraphrased quote from Martin Luther King, Jr. And so, doing what’s popular isn’t always doing what’s best; doing what’s right is an absolute -- the purest way of leading. And it is a challenging way to lead, because sometimes doing what’s right doesn’t provide short-term verification or isn’t always a short-term win. With this position, I’ve had to in the past say things that weren’t popular – especially when we talk about the state of our country and our communities. I see this every day, people who don’t understand the realities of what’s happening in our city and our country, and it sometimes gets very difficult to articulate a message that should be heard and understood as a call to action, to help those who are the voiceless, who have been oppressed, who need our help most.