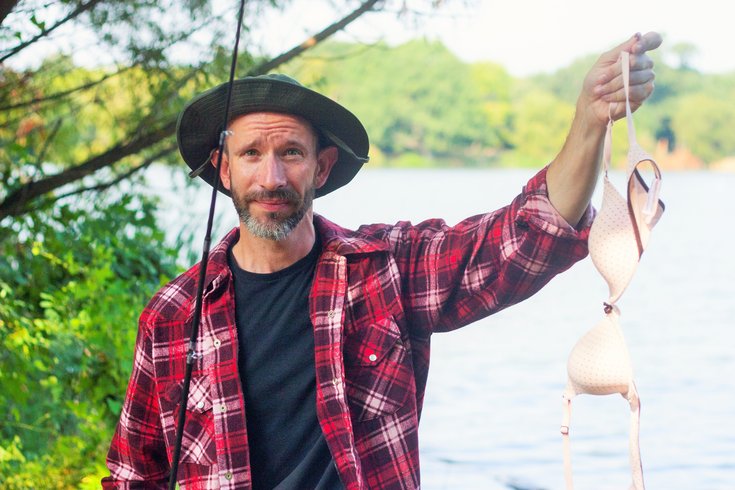 Philadelphia theater company Inis Nua is known for bringing Irish culture stateside without "dumbing it down," and its latest production is no exception.

The company will cap off its 2015 season by introducing writer Gillian Grattan's comedy "Hooked!" It won't play to audiences at Off-Broad Street Theater or The Drake, but to the carousers upstairs in the much moodier and more compact – not to mention boozier – live music space at Fergie's Pub.

It's part of an ongoing attempt to make "pub theater" trendy in Philadelphia.

"I'd love for there to be more pub theater, or lunch theater, here in Philadelphia," Fergus Carey, owner of the long-running Irish pub, told PhillyVoice. "In Dublin, you can catch lunch theater almost every day of the week at Bewley's Cafe, or at The Powerscourt Townhouse Centre. There are also full-time theaters above bars."

Because pub productions tend to hover around the one-hour mark, Carey said, he's surprised they haven't already caught on more.

Here's the gist: Pub theater is a Shakespearian–style of theater that originated from DIYers who yearned for the entertainment value of quality shows without venturing far from their bar stool. What resulted is a type of theater that has endured through the centuries and, typically, involves a three-person cast that interacts through monologues.

Productions are short. They range from 45 minutes to about 70 minutes. Because they're so short-lived, they're often intended for a lunchtime audience; quite literally, patrons will leave work, drink, see a show and hike back to finish their briefings.

The low-key productions are also ideal for those in the business just starting out. Case in point: Though she evolved to be a major screen actress, Kate Winslet got her start performing in pubs.

"A lot of those pub theaters are [also] training grounds for playwrights," 'Hooked!" director and Inis Nua founder Tom Reing told PhillyVoice. "They get a chance to work on stage before being committed to something on the main stage."

Starring Rachel Brodeur, Corinna Burns and Charlie DelMarcelle in its Philadelphia version, "Hooked!" falls in line with the pub theater tradition by being completely monologue-driven – a dark, no-nonsense comedy with few props beyond the setting of the pub itself. The story follows a young woman who relocates to an insular village, where two neighbors' and their conflicting opinions of her create a sphere of gossip, scandal and inevitable tragedy.

Playwright Grattan describes it as an "intimate" play perfect for pubs like Fergie's – though it wasn't necessarily tailor-made for them. "'Hooked!' was put on earlier this year, and one of its venues was attached to a pub – The Viking Theatre in Dublin," she told PhillyVoice.

"And, incidentally, that's the very venue where Fergie saw [the play]."

Carey discovered "Hooked!" during a trip to Ireland earlier this year and gushed about it to Reing, encouraging the director to bring the show to Fergie's Pub while the theater company's new home, The Drake, was still under construction.

So, consider this one of many more pieces of "pub theater" to be put on in Fergie's Pub in the future – and one of several other shows to archive for the storied bar's history book. Carey previously worked with Brat Productions for Irish shows, and nearly 20 years ago helped a young Inis Nua put on one of its first productions.

"I'll do whatever I can to aid and abet continuing theater in [our upstairs] space," Carey said. "It's good for business, and it's good for Philadelphia."