Inside the 'accessible,' street-inspired restaurant 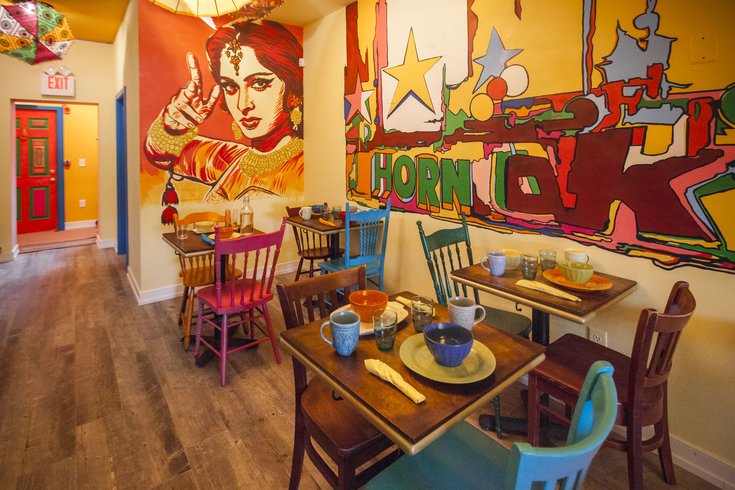 A section of the dining room at Chaat and Chai, which is set to open the last week in August at 1532 Snyder Ave. Its murals, inspired by Indian street art and the 1965 film "Guide," were drawn by Philadelphia artists Lauren Doyle, Eric Abaka, Gina Rubinetti and Hannah Taylor.

Philadelphia at last has a new destination for chaat.

Indian cafe Chaat and Chai, only the third chaat-specializing eatery to emerge in Philadelphia, will open in the last week of August at 1532 Snyder Ave. It's also only the second Indian restaurant to open in South Philadelphia, joining Tiffin Bistro below Washington Avenue.

Owner Anney Thomas told PhillyVoice that the cafe hopes to be both a place of comfort for people who are already shoulder deep in Indian food knowledge, as well as a learning environment for folks who may be curious about broader Indian food culture, especially India's rich selection of street food, but are apprehensive about venturing beyond the naan and tandoori chicken.

Chaat, for those who don't know, is a street food that, consumed in its popular samosa form, consists of fried dough with yogurt on top, chutney and items like fried chickpeas that give the dish a crunchier texture. It's traditionally a roadside snack sold in street markets and is known for its blast of competing flavors.

"Base spices for chaat are dried mango powder, hot pepper and salt -- including black salt, which has a unique flavor," Thomas explained. "So the flavor combination is hot, sour and salty, and sometimes sweet."

Thomas said she chose chaat to be the emphasis of the cafe because of the holistic Indian street concept. It's largely a small-plates restaurant that encourages people to try a variety of dishes and hang back in a casual atmosphere. 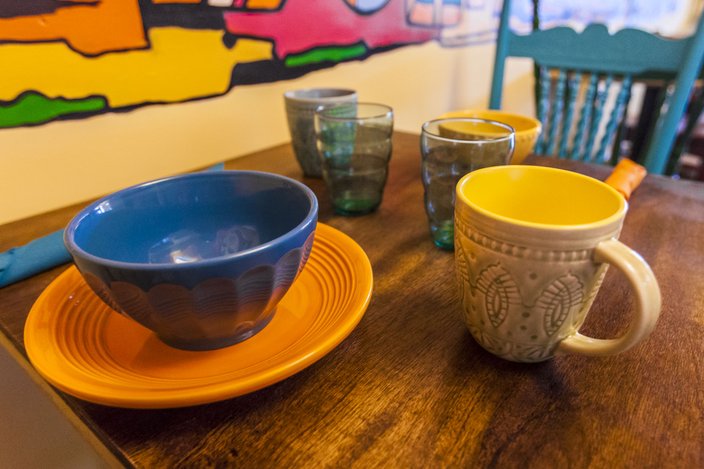 Thomas had originally shopped around East Passyunk Avenue for a location, thinking she'd open a grocery market with Indian teas and spices -- not a restaurant. Then, she came upon the 700-square-foot space on Snyder Avenue and felt too inspired by the physical space and the neighborhood's latent potential for culinary diversity to not dive all-in with her cafe concept.

"This space was so beautiful, and I know they’re trying to develop West Passyunk Avenue, so I felt that this could make a little bit of a change [in the neighborhood]," Thomas said. "Right now there’s fast foods, takeout, a sushi place, a Japanese-and-Korean combo down the street – but [the businesses] are still old.”

The menu, which is still being finalized, will infuse locally grown seasonal vegetables into snack-sized chaat dishes, tweaking tradition by switching up standard Indian spices depending on the vegetable or meat, while also keeping the spice levels relatively mild.

Definite inclusions on the menu include pani puri chaat, which is a flour-based puff filled with potatoes, chickpeas and tamarind sauce; vada, a donut-like fritter made with lentils; thali, a more traditional Indian platter; a variety of curry bowls; standard appetizers like tandoori chicken wings; and mango ginger lassi -- in addition to a variety of chai teas from organic tea and spice company Frontier.

The design of the cafe's interior, meanwhile, was meant to be colorful and representative of Thomas' street concept. Thomas said that she wanted there to be a seamless transition from entering outside; murals in the dining room represent art commonly found on Indian trucks and buses in India. 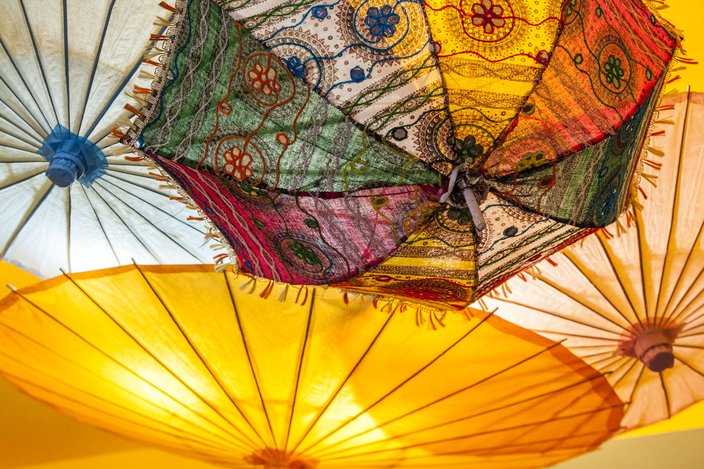 Colorful umbrellas cover much of the ceiling and light fixtures, which blanket the dining area in a warm, comforting light. (Thom Carroll / PhillyVoice)

"What I wanted to do was give the inside an outside feel with all the street art, so it’s very busy," Thomas said. "Because if you go to India, this is what you’ll experience: street art, loud noise, lots of smells going on, commerce -- it's like all of your senses are accosted."

Upon walking in, eyes are immediately drawn to parasols that sprout from the ceiling for a dim-lit effect. Off to the side, meanwhile, is a gas fireplace installed for wintertime use. Mirrors hang from walls not occupied by murals, and transformed pizzeria tables have bag hooks attached for customers who want to stick around and use the cafe's free Wi-Fi.

A coat hook placed next to the freshly painted bathroom door at Chaat and Chai. (Thom Carroll / PhillyVoice)

Chaat and Chai, which is BYO and seats approximately 20 people, will also offer takeout services -- with credit card payments welcomed.

Customers, Thomas said, should be excited for an environment that's a little less stiff than traditional Indian fare.

"We’re offering food that’s fun," she said. "It is Indian, and it is a lot of great flavor, but I think it’s going to be fun food -- and a fun environment that’s colorful and lively."

Chaat and Chai's expected hours of operation are Tuesday through Thursday, 11 a.m. to 9 p.m., and 11 a.m. to 10 p.m. on Fridays and Saturdays. Stay tuned for an exact opening date.