Richard Goodwin, 45, allegedly pushed the victim off his bike and repeatedly punched him 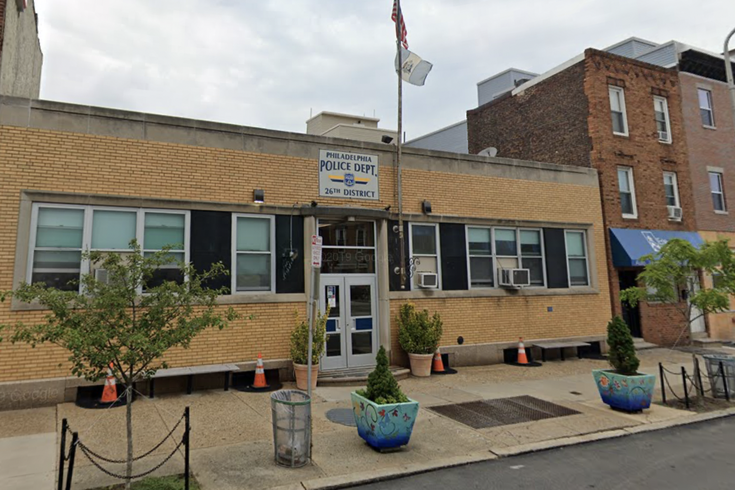 Armed vigilantes in Fishtown drew national attention last summer when they claimed to be defending the neighborhood and protecting 26th District police officers during racial justice demonstrations across Philadelphia. Richard Goodwin, 45, is charged with assault in attack on a cyclist on June 1, 2020.

A Philadelphia man is facing assault charges for allegedly attacking a cyclist during a tense standoff in Fishtown last year, when conflict between racial justice protesters and armed vigilantes escalated into physical altercations.

According to investigators, the incident happened as demonstrators assembled in the area during protests across Philadelphia following the police killing of George Floyd in Minneapolis. Armed vigilantes had formed a counterprotest on the other side of the street, some claiming to be there to prevent the looting of businesses in Fishtown and "protect" 26th District police officers.

A special investigations unit formed by the D.A.'s office collected evidence from the public after the Fishtown protests to pursue charges against those responsible for several violent attacks and harassment that had been reported.

As the protest intensified on June 1, a man who had attended another protest in Center City was riding home through Fishtown. When the man and a companion cycled past the standoff on Girard Ave., the man raised his fist in solidarity with the racial justice protesters, prosecutors said.

At the same time, Goodwin and a group of other men, several armed with baseball bats, were in the area. Some allegedly threw water bottles at the cyclist before Goodwin allegedly chased after him and pushed him off his bike. Goodwin allegedly punched the man repeatedly in the head and face, drawing blood. Bystanders attempted to intervene and witnesses took photos that were later used to identify Goodwin.

At the time of the incident, 26th District police were criticized for apparently fraternizing with the armed vigilantes and permitting their threatening behavior. The armed residents had been condemned by Mayor Jim Kenney and Police Commissioner Danielle Outlaw, who opened an internal affairs investigation into the incident the behavior of police in Fishtown during the protests.

Goodwin, whose criminal history includes robbery and theft charges, is the second person to be charged in connection with an attack in Fishtown last June. Assault charges also have been filed against 37-year-old George Graf, who allegedly attacked a former WHYY reporter and a woman on the same day the cyclist was attacked.

"Just as our city and nation continue to reckon with systemic racism and injustice, the Philadelphia DA’s office continues to investigate incidents of property destruction, burglary, harassment and violence that occurred during the historic uprisings of 2020," Krasner said Wednesday. "We will not tolerate violence in the name of movement protest or in the name of 'protecting' the police."