Previously, residents had to file an Open Public Records Act request to obtain copies of the reports

Not all of the establishments with violations are food stands, coffee shops and restaurants, though there are many of those.

Recently Thai Burger in Pitman – 33 violations over three inspections in May – and the Oriental Express in Deptford – 23 violations in two inspections, though all corrected in their last inspection – had recurrent and numerous issues , showing how the system drills down until health issues are resolved.

Some of the non-restaurant food preparation facilities cited include Pine Acres, an early childhood center in Wenonah; Washington Township’s recreation complex; a Residence Inn by Marriott in Deptford; and St. John’s Community Services kitchen in Westville. None of them had extensive issues and all violations were corrected. 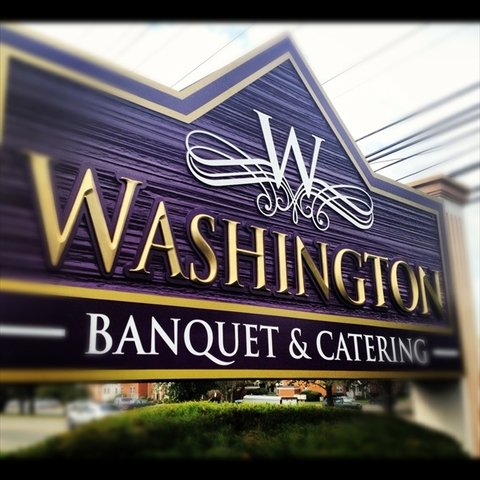 The online database for Gloucester County gives consumers information about facilities where food is prepared -- the good and the bad.Turnersville's The Washington was perfect when last inspected in March.

Some places, like The Washington banquet facility in Turnersville, see their perfect scores as a competitive advantage.

"...Showing customers that there are no deficiencies is a plus," said banquet manager Carissa Kania.

In Pennsylvania, Philadelphia maintains its own database, as do Bucks and Montgomery counties. Chester County uses a mobile app.

Delaware County does not maintain its own health department, but searches can be done on the state’s website, which can be cumbersome.

Gloucester residents previously had to file an Open Public Records Act or OPRA request to obtain copies of the inspection reports, a process that took more than a week. The new system makes information available on demand. Every food prep facility isn’t yet online, but will be added as site visits continue.

If an establishment has a violation and is deemed conditionally satisfactory, they are re-inspected and both reports placed online.

If the unsanitary conditions are serious, the establishment is ordered closed until issues are addressed, again with all reports posted online.

“More and more consumers want to know the sanitary conditions of their favorite restaurant or about how safely their child’s cafeteria handles food,” he said.

She said there have been no complaints, in part because violations are mailed to owners the same day as the inspections.

The public can make comments or raise concerns with her at 856-218-4170 or at wcarey@co.gloucester.nj.us.