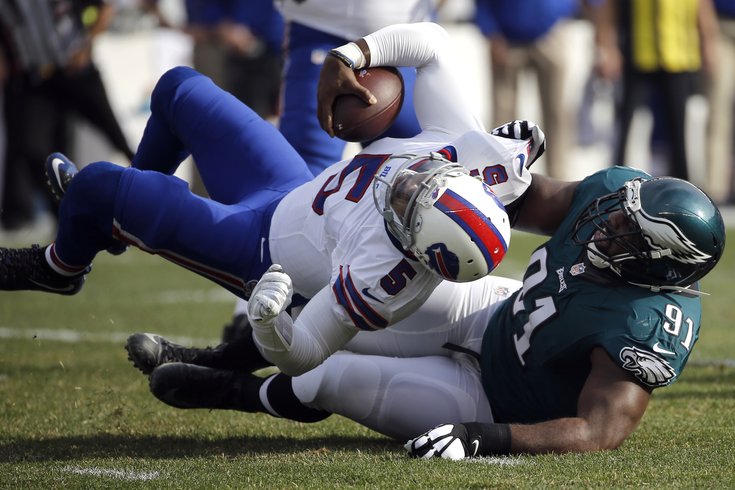 There might only be one Eagles player on the NFL's Top 100 list this year. That would be DT Fletcher Cox, who came in at No. 49. That placement is probably a little low for Cox, who is easily the best player on the Eagles' roster, and among the best defensive linemen in the NFL.

Here's what some of Cox's peers said about him:

"I think last year, Fletcher could have made this list. This year, obviously he’s getting a lot more recognition. If you watch him on one-on-one’s, he dominates people. I can’t do it, but I’ll try to imitate it. He goes ‘BAM’ and just pummels people and gets to the quarterback."

"Fletch is very dominant, especially against the run. You're hoping that he spills most of the plays out to you so that you can make the play, because most of the time he’s making them. He’s a great pass rusher too. You’re not worried when you’re on his side. He’s somebody you know is going to go all out."

"He made a couple TFL’s (tackles for loss) against us. He gave us some fits. He’s really solidifying himself as the focal point of that team."

"I got to find out first-hand how talented he really was. He beat me on a sack. He got me on a good move. I over-set a little bit, and I panicked. He gave me a swat to my outside, swatted my outside hand and got around me real quick for a sack. That play stands out pretty good. He’s really taken over some games this year."

If indeed Cox is the only Eagles player on the list, there's an argument to be made that safety Malcolm Jenkins got snubbed. We'll see if Jason Peters get in on name recognition.