The deal isn't done, but the Flyers are in late-stage negotiations with Tortorella, per ESPN's Kevin Weekes 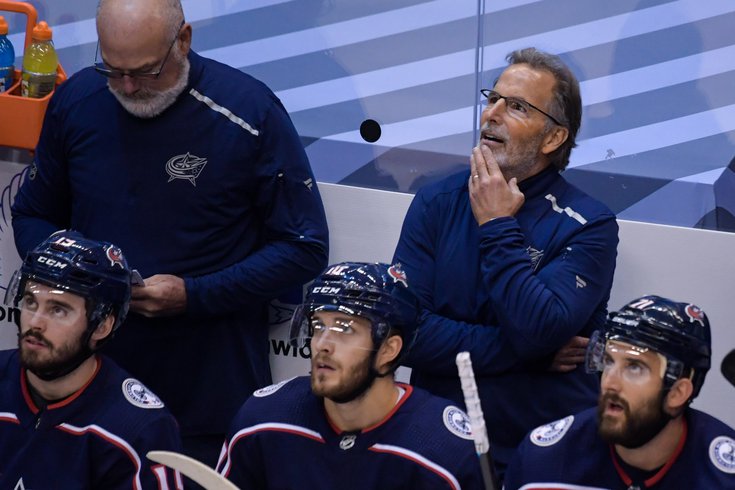 Looks like the job is John Tortorella's if he wants it.

ESPN analyst Kevin Weekes reported Tuesday night that the Flyers are in "late-stage negotiations" with Tortorella and have offered him their head coaching job.

**Breaking News** 🚨📰
I’m told the @NHLFlyers have offered their HC position to John Tortorella. More negotiations required for deal to be completed. @GrittyNHL over to you ! @NHL @StanleyCup #HockeyTwitter pic.twitter.com/ibAi51BoFf

So Tortorella isn't the coach yet, but things definitely look headed that way.

He'll be meeting with the Flyers again Thursday to discuss the contract, per TSN and The Athletic's Pierre LeBrun.

Told that Tortorella is meeting with the Flyers tomorrow to discuss the contract. So we’ll see where that goes. https://t.co/od4tngY5oX

The Flyers' coaching search appeared to be making serious progress over the weekend when the Daily Faceoff's Frank Seravalli reported the club had narrowed its search down to a final list of candidates, which included the 63-year old Tortorella and Barry Trotz, the top name on the free-agent coaching market.

Names like Pittsburgh assistant Mike Vellucci, former Flyer Rick Tocchet, and St. Louis assistant Jim Montgomery were ones that came up frequently during the team's coaching search, but Tortorella and Trotz were by far the most consistent ones.

Where things stand with Trotz is unclear — i.e. the Flyers made him an offer and he turned it down or decided on something else before, etc. — and it is a bit odd that Tortorella has been "offered" the job, not "accepted."

But keep in mind that Tortorella has been working as an analyst for ESPN this season, putting him within the same company as Weekes and host John Buccigross, who has also been teasing Torts to the Flyers this month.