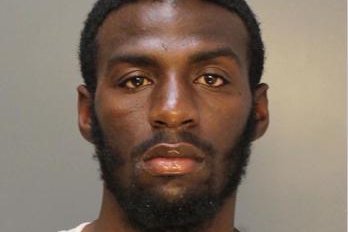 In February 2013, both Brandon Austin and Rysheed Jordan took to the Liacouras Center basketball court to face off in the city's Public League championship.

When Jordan couldn’t add a buzzer-beating shot to the 45 points he’d already scored for the since-closed Roberts Vaux High, Austin and the Imhotep Panthers secured a 67-66 victory.

Fast forward more than three years to Thursday. Austin had a pre-draft workout with the Sixers while Philadelphia police issued a press release detailing why they charged Jordan in connection with a May 27 attempted murder in Brewerytown.

Word of charges against Jordan broke Wednesday night with news of an arrest on firearms charges against the 22-year-old who went from Vaux to St. John’s University and then to a tryout with the Sixers’ developmental squad.

In that case, Temple University police allegedly observed a green Jaguar run a red light at Broad and Norris streets. After a chase, Jordan allegedly ran away from the vehicle, “removed a [loaded] handgun from his waistband and [threw] it over a fence into an adjacent yard” before getting arrested.

On Thursday, police formally announced additional charges against Jordan – identified in their records as “Rasheeb Jordan” – in connection with a May 27 armed robbery in the 1400 block of N. 26th St. That location is less than a half mile away from Jordan's home address in Brewerytown.

Police responded to a shooting call at that location around 4:15 p.m. and found numerous casings near a vehicle with fresh bullet holes.

Around the same time, near 33rd Street and Girard Avenue, a Philadelphia Housing Authority police lieutenant encountered a 23-year-old who said he suffered a shot to the right arm during a robbery minutes earlier.

The shooting victim jumped back in the car while the witness avoided the same fate and drove in reverse to flee the scene, according to police.

“One of the offenders reached into the driver-side window and attempted to turn the car off,” police said. “However, the witness was able to back up far enough so that the offender stopped, but he did fire numerous shots into the vehicle. The witness drove from the location until he flagged down the lieutenant.”

An investigation led police to Jordan, who was arrested around 2 a.m. Wednesday. He was then charged with attempted murder, aggravated assault and, among other offenses, robbery. His bail was set at $750,000, according to court records. A preliminary hearing is tentatively scheduled for June 16.