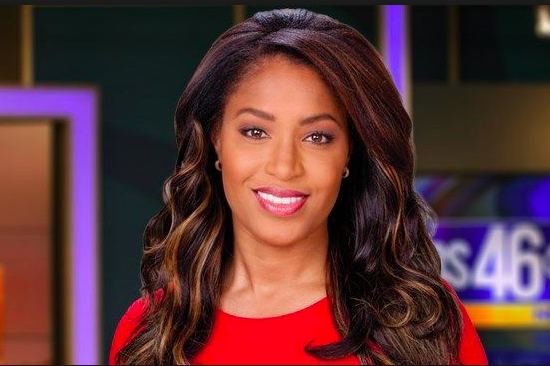 Television viewers in Atlanta were in for an unexpected twist to their newscast Wednesday night when anchor Sharon Reed, a familiar media personality in Philadelphia, unleashed on a woman who sent her a racist email in reference to her coverage of the city's mayoral election.

Reed, who worked for NBC10 from 1999-2002, was part of a panel discussing Atlanta's racial demographics in the city's narrowly contested mayoral election. Keisha Lance Bottoms, the presumptive Democratic winner, was challenged by independent candidate Mary Norwood, who called for a recount as votes continued to be tallied late Tuesday night.

During the course of a CBS46 broadcast, Reed stopped the discussion to highlight an email she received from a viewer identified as Kathy Rae. The email, referring to Reed as a "N***r," called for the anchor to be fired for a comment about the election that the writer had labeled as race-baiting .

Reed's response in the video below quickly garnered attention on social media, where the anchor was praised for defending the segment and calling out the viewer's hateful reaction.

News anchor Sharon Reed responds on air to a viewer who calls her the N-word. This Atlanta Mayoral race has people fiesty tonight. pic.twitter.com/Vgri3oXnGN

"You mischaracterized what I said," Reed told the viewer. "I didn't say that white people couldn't talk about race. Quite the contrary. We think that race is an authentic discussion to have. It's one we're having tonight because it's one that you are talking about at home and it's one that has clearly entered the Atlanta mayor's race."

. @SharonReedCBS46's face is every woman of color dealing with the Kathy Rae's of the world. pic.twitter.com/izNkYMBqDw

Kudos to @SharonReedCBS46 and @cbs46 for keeping it real and calling out racism live on air, way to go!! #clapback pic.twitter.com/tsgERDcUV5

This heifah here, Kathy Rae, really out here calling people “Niger” @SharonReedCBS46 gathered and dragged her. #BlackTwitter 3rd shift is on patrol, we’ll have the file ready for the 1st shift to take over and make sure Kathy Rae gon learn today. pic.twitter.com/EsiI4F8nvB

Reed's exit from Philadelphia in 2002 was linked to an online harassment scandal of her own, according to a Philadelphia Daily News article at the time. Former colleague Alicia Taylor had suspected Reed of authoring racially and sexually offensive posts about her in online TV forums. Conflicting messages from Reed and her attorney made her involvement in the alleged harassment inconclusive.

Speaking to the Atlanta Journal-Constitution, Reed addressed and defended her use of the "N-word" on the broadcast.

“I’m not a fan of the use of the word but on the other hand, I get it," Reed said. "I don’t come down on artists and other people who have co-opted it for what they want to use it,” Reed said. “That said, if you’re going to write me using that word, I don’t think it’s appropriate for me to censor it for viewers. It’s after 9 o’clock. We’re talking race. She used it multiple times. There are grown ups at home. They get it."