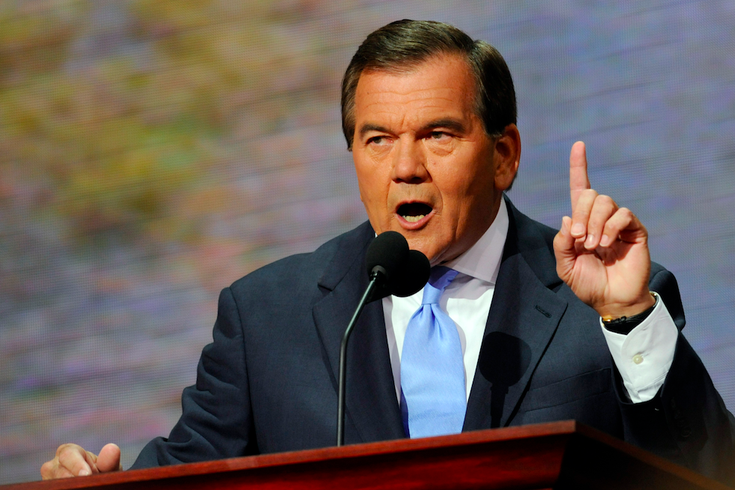 As the FBI and Apple vie for public support over a controversial court order compelling the tech giant to create a security "backdoor" to the iPhone, former Pennsylvania governor and Secretary of Homeland Security Tom Ridge says Apple should help the FBI uncover important evidence in December's deadly terrorist attack in San Bernardino.

After a U.S. magistrate ordered Apple on Tuesday to create specialized software to enable the FBI to access the encrypted data on shooter Syed Farook's iPhone 5c, Apple CEO Tim Cook published an open letter outlining the company's objections to the demand. While the FBI is seeking a patch to bypass the iPhone's self-destruct feature after a certain number unsuccessful passcode attempts – thus enabling them to test millions of combinations automatically – Cook has argued that the government's request simplifies the ramifications of creating the tool to begin with:

The government suggests this tool could only be used once, on one phone. But that’s simply not true. Once created, the technique could be used over and over again, on any number of devices. In the physical world, it would be the equivalent of a master key, capable of opening hundreds of millions of locks — from restaurants and banks to stores and homes. No reasonable person would find that acceptable.

Writing for Fox News, Ridge acknowledges Cook's sincerity but questions his focus on the broader security implications of assisting the FBI in this particular case. He notes that while he has personally opposed government surveillance of private citizens, as Edward Snowden exposed in the NSA, he believes Cook's warning of a "dangerous precedent" would only apply if the government sought broad powers to unlock iPhones without evidence or warrants. Ridge wrote:

It is one thing for Apple to oppose, on privacy grounds, providing back doors to the FBI regarding consumer phones generally. But in this case, we know the heinous acts committed by the San Bernardino terrorists. Fourteen people were murdered. When we know that a particular individual has committed a crime – as we know here – it is a wholly different matter. It is logical to assume that there are phone numbers and other information on that iPhone that could very well lead to co-conspirators and perhaps prevent other attacks.

Ridge goes on to cite recent actions taken by Twitter and Facebook, which suspended ISIS-related accounts and took measures to monitor possible terrorist activity. If Cook doesn't take similar a similar approach with the FBI – in his letter, he argues that Apple has done so repeatedly to help investigators – Ridge says terrorists could get the impression they have an "ally in Apple."

Ridge, who has been in the private sector since the end of George W. Bush's first term, is the founder and CEO of Washington-D.C.-based Ridge Global, LLC, a company that provides consulting services to enhance the security and economic interests of Fortune 500 companies. While his opinion on this issue appears to represent his mindset as a defender of national security interests, it's worth asking whether this is the advice his firm would give to clients far less influential and relied upon than Apple?