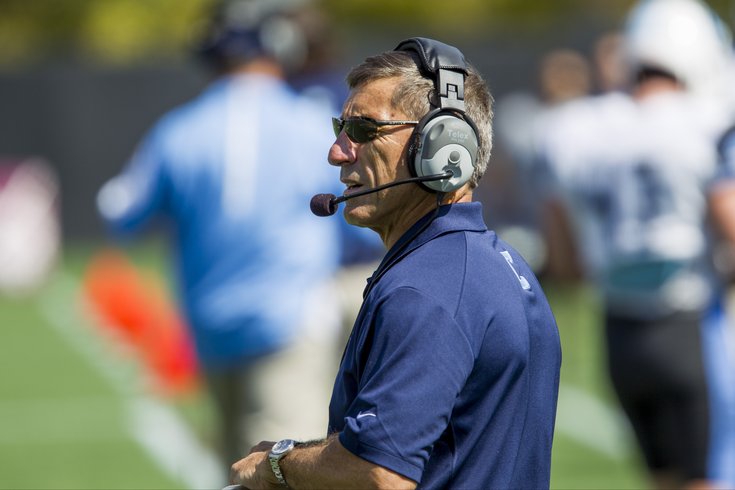 Friday, however, will be an opener like no other. He is head coach at Columbia now, the result of a boring administrative position after announcing his retirement from Penn last year.

Going from Red and Blue to Light Blue, he now leads a program that has lost 23 straight games – two this season (Fordham and Georgetown).

Columbia has not had a winning season since 1996. The previous four seasons it has gone 4-36. None of the past 10 coaches achieved a winning record.

This is a program that during the 1980s put together a stretch of 44 games without a win. Not that it’s never done well. The Lions were Ivy League champions in 1961. Granted, it was their only one.

If there is anyone who can finally pay off the debt, it’s the 62-year-old Bagnoli. With increased support from administration, with a coach who knows what it takes to win in this league, it might not be too long before the stray transforms to the Lion.

Kristyn Brundidge does play-by-play for the college radio station WKCR. In an interview on National Public Radio she was quoted as saying, “Al Bagnoli is probably the closest thing you’re going to get to a miracle worker.”

“They’ve made the commitment, but it’s going to take time,’’ Bagnoli said after practice earlier this week. “We have a state-of-the-art facility, the best facility, arguably, in the Ivy League. They’ve upgraded the budget, so not only can you hire a seasoned staff but also have the ability to retain a staff. The program has suffered and it’s going to take a while to undo everything, and a little while to play in the system we want to play, the pace we want to play, the style we want them to play. And that carries over to recruiting, being able to build relationships rather than having new coaches stepping in and always having an unhappy ending.’’

Senior Josh Foster has experienced enough of those. Born in Philadelphia and raised in Delran, the wide receiver called some of the differences dramatic.

“It’s more of an environment and the energy he’s created. We were practicing at 5 a.m. and now we practice in the afternoon. It’s been a very vibrant atmosphere and everybody’s been ready to go. A lot of it has to do with the coaching staff and their view points on a lot of different things, and being upbeat.’’ 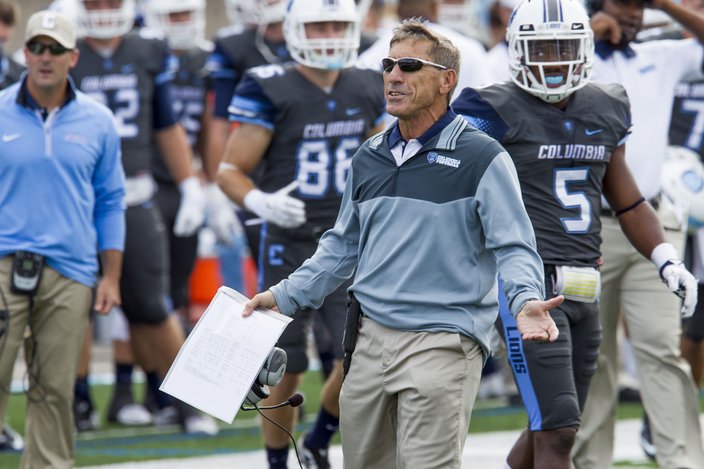 After 23 seasons on the Penn sideline, Al Bagnoli is about to embark on his greatest challenge at hapless Columbia. (Mike McLaughlin)

Bagnoli believes there is no reason they cannot recruit quality kids, as he did on the city campus at Penn.

“He knows what it takes to win in the Ivy League,’’ said offensive line coach Jon McLaughlin, who followed Bagnoli after being on his staff at Penn for nine seasons. “He’s not asking for a hammer when he needs a screwdriver, and the things he asked for were directly correlated to what it takes to win in this league. We have everything we need to build as good a program as there is in this league.

“One thing that sets him apart is just how competitive he is. He hasn’t lost the drive to win and push people around him to be good. I think he is super, super smart as far as using personnel. Those are probably the two biggest keys to his success.’’

Bagnoli thought he was ready to step away from the game, saying, “I had always wanted to try administration, and as happens in life it was not exactly what you thought. The role I was put in was not really challenging. I was actually bored. But at least I tried it, and all it took was three months to know that wasn’t my cup of tea.’’

And so he went from one city to an even bigger city, and therein lies one of his recruiting challenges.

“In a major metropolitan area I think you always have what I call the mom factor. ‘What kind of campus is this? Is he going to get hit by a taxi or a bus or whatever.’’’

He tries to defuse such concerns by telling families that not only did his two sons attend Penn (both played for their dad), but so did his daughter (a cheerleader).

“It’s one thing to be a six-foot-four, 260-pounds defensive tackle, but I had a four-foot, five-foot daughter on campus,’’ he joked. “I think once kids get on this campus and actually see it, it’s pretty impressive.’’

The type player he wants is the same as he brought to Penn. “Kids with grit; tough kids, blue collar kids, combative kids,’’ he said.

“Coach is definitely an even-keeled guy,’’ Foster offered. “Obviously there are times like with any coach he gets fired up, but more so at the right moments; not always barking at everything.’’

“Some of my best friends are Penn people,’’ he said. “It’s a passionate place for sports; a great area, great city. It’s where my kids really grew up. I have no regrets.’’

Bagnoli broke into the business as a graduate assistant at Albany after playing at Central Connecticut State. His initial head coaching position was at Union College, where in 10 seasons he went 86-19. He had only four losing records at Penn, half of which came in his final two seasons.

His memories of Philly remain fond.

“Some of my best friends are Penn people,’’ he said. “It’s a passionate place for sports; a great area, great city. It’s where my kids really grew up. I have no regrets.’’

A few years ago he took his family to the place it all began. Not in Philadelphia… and not in Connecticut to where he moved at age five. The town, actually a village, was San Biase. Southern Italy. Population around 200.

“I probably would have had a life in agriculture,’’ he said had his family not moved; at first Uncle Tony, then his father and his father’s two brothers. Three years later his mother and he and his brother left Europe. His sister was born in the U.S.

Maybe even a miracle worker.