Sharon Van Etten will step in for the late bassist 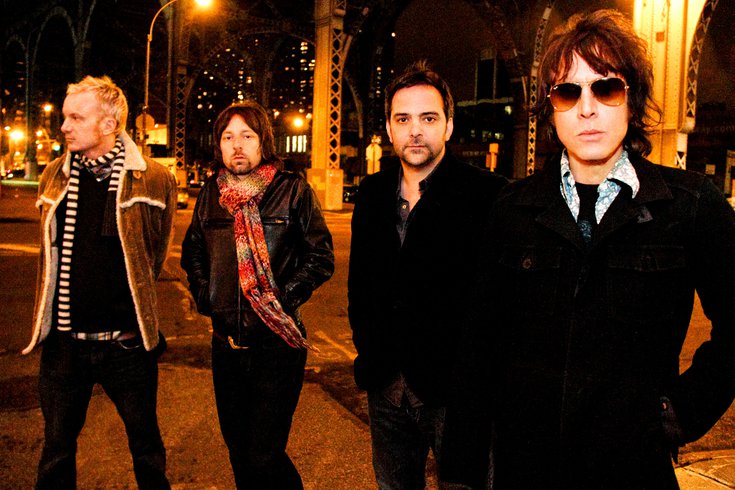 Fountains of Wayne will reunite after a seven-year hiatus to pay tribute to Adam Schlesinger, second from left, who died April 1 following complications with COVID-19.

The rock group Fountains of Wayne is reuniting to pay tribute to its late bandmate Adam Schlesinger, who died of complications related to COVID-19 earlier this month.

The band's surviving members, Chris Collingwood, Brian Young, and Jody Porter, will perform together on Wednesday at the "Jersey 4 Jersey" benefit concert after a seven-year hiatus. New Jersey singer-songwriter Sharon Van Etten will join the band on bass and backing vocals.

“Brian, Jody and I are honored to be part of the ‘Jersey 4 Jersey’ benefit, and grateful that Sharon was able to perform with us,” Collingwood said in a statement. “Adam would have been proud that Fountains were helping to raise money for fellow New Jerseyans.”

Schlesinger, who grew up in Montclair, Essex County, died April 1 after a week-long battle with the coronavirus. New Jersey Gov. Phil Murphy called the musician's death "a sad, sad loss for Jersey's music scene." The Grammy award-winning artist also was known for writing music for various television shows and movies. Schlesinger wrote the title track for the Tom Hanks' film "That Thing You Do!"

"Jersey 4 Jersey" is organized by the New Jersey Pandemic Relief Fund, which provides resources to workers on the front lines of the COVID-19 crisis and organizations that are helping hard-hit communities. The concert will feature numerous performers from the state, including Bruce Springsteen, Chris Rock, Halsey, Tony Bennett, Jon Bon Jovi, Danny DeVito, Jon Stewart and others.

A live stream of the concert will be available through Apple Music, Apple TV and SiriusXM's E Street Radio — which is being offered for free through May 15. Locals can tune into the show through various TV outlets, including 6ABC and NBC10.