Four reasons to be excited for springtime in Philly

Booze, botany, biking and baseball for your seasonal enjoyment

It's time to spring forward, Philadelphia. Sunday, March 20, marks the changing of the seasons, and with temperatures already hitting record highs, the city is already starting to feel like winter is behind us. If the rising mercury isn't enough to whet your springtime whistle, here are four reasons to get excited for the upcoming season:

Booze: As always, there are plenty of places to drink outside

Warm weather means taking your love of alcohol out from the bar and living room and into beer gardens and outdoor patios. This year, Philadelphia's Department of Parks and Recreation plans on opening even more pop-up gardens — but you'll have to wait until June for that. Until then, you'll be just fine at the bars with outdoor seating. A sampling: El Bar, Frankford Hall, Graffiti Bar, Independence Beer Garden (opens April 22), Kite & Key, Manayunk Brewing Company and so much more.

Botany: Philly's biggest public park is bigger and better than ever 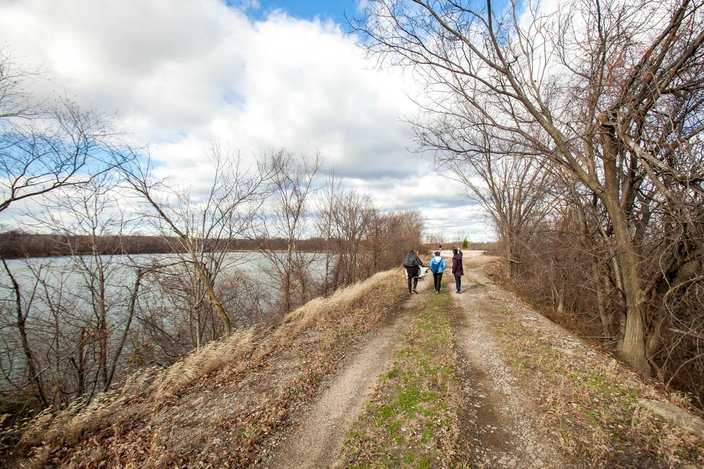 Once completed, the Discovery Center will allow public access to the trails around East Park Reservoir, which has been fenced-off to the Strawberry Mansion community since the '70s.

In December, a 50-acre chunk of Fairmount Park — previously closed for 45 years — was reopened. Now that the weather's warming up, there's a ton more room for hiking, relaxing, bird watching and whatever else your heart desires. Coming next year to some of the opened area is a 16,000-square-foot educational facility named The Discovery Center, but for now, it'll be nice just to enjoy the extra space.

Biking: The city's *trying* to make things better for cyclists

The reality is Philly's old and complex infrastructure and sometimes reckless drivers occasionally make things difficult for the city's bikers. The video above shows drivers blatantly blowing through a red light, putting cyclists in the parallel bike lane in potential danger. But the city is taking steps, with Mayor Jim Kenney calling for improved safety conditions for both cyclists and pedestrians. And what better time to go out and take advantage of the bike lanes already in place, the brand new pedestrian and bicyclist-only Manayunk Bridge Trail or the city's Indego program than during the warm springtime months?

Baseball: The Phillies are turning things around

Are they supposed to be good this year? No, most experts predict. But there's a serious aura of hope in the air for a team finally rebuilding after the golden age of Chase and Jimmy and Cole and Ryan. Home run-masher? Check. Potential ace? Check. J-Roll's heir apparent? Check. We've got hiiiggghhh hopesss, and, of course, PhillyVoice's own Ryan Lawrence is here to guide you along this season.