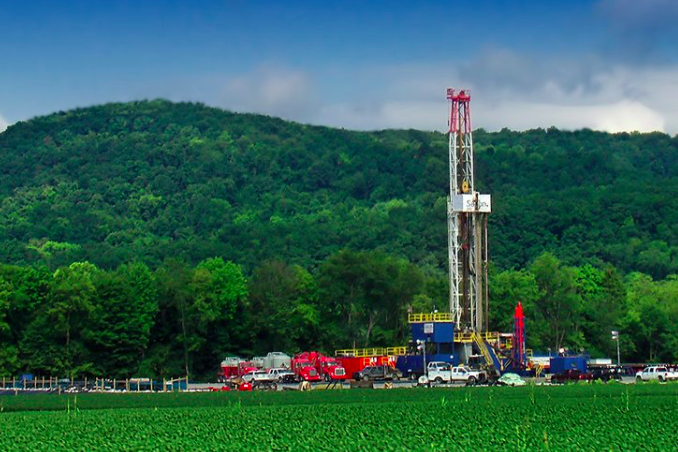 Pennsylvania will fund a pair of studies on the relationship between fracking, childhood cancers and other medical conditions. Communities affected by natural gas drilling have pressured lawmakers to take a more critical look at the dangers of shale gas extraction.

The studies have been commissioned in response to persistent complaints of families who believe their children became ill as a result of the controversial drilling practice.

Dozens of people in southwestern Pennsylvania, a region that has been heavily drilled during the past decade, have been diagnosed with Ewing sarcoma, a rare form of bone cancer.

“I want to thank the families that have shared their heartbreaking stories,” Wolf said. “I understand and support the concerns of parents and desire of community members to learn more about the possible reasons for these cancer cases.”

While Ewing sarcoma has not previously been tied to environmental causes, one of the new studies aims to investigate the relationship between childhood cancers and proximity to fracking, according to the Associated Press.

The other study will look to replicate previous findings on the link between asthma and other medical conditions in southwestern Pennsylvania, where more than 3,500 wells have been drilled since 2008.

At a conference held Monday at the University of Pittsburgh, public health experts from across the region spoke about the environmental risks associated with fracking. Wolf was confronted Monday in Harrisburg by families demanding research into potential links between cancer and fracking.

The Marcellus Shale Coalition, a gas industry group, maintains there is no credible link between fracking and childhood cancers. The organization has called for an "objective, rigorous and science-based" approach to industry regulation.

"It is imperative that we more thoroughly research and advance the science on the health effects of fracking by building upon previous research and investigating the concern that there is a relationship between fracking and childhood cancers," a Wolf spokesman said.