Frank James, 62, was staying in the Nicetown section of the city since late March, according to investigators 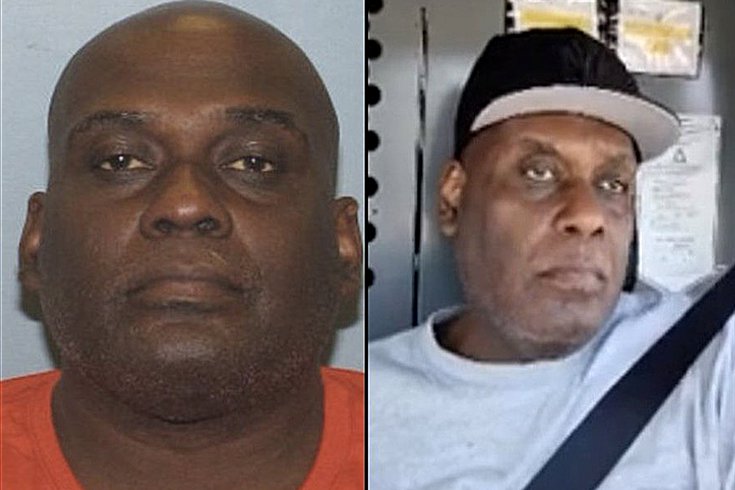 The FBI raided an apartment in North Philadelphia where alleged Brooklyn subway shooter Frank James, 62, had been staying in the weeks prior to the attack on Tuesday morning.

Frank James, the man charged with opening fire on a Brooklyn subway Tuesday morning, stayed in a Philadelphia apartment in the weeks before the shooting and kept ammunition inside a storage locker in North Philadelphia, according to details emerging from an ongoing federal investigation.

James, 62, was arrested Wednesday in Manhattan's East Village after a 30-hour manhunt thanks to a series of tips that helped authorities close in on him. The subway shooting in Brooklyn's Sunset Park neighborhood injured 29 people, including 10 who were shot amid the chaos on the train.

On Wednesday, FBI SWAT officers reportedly raided an apartment in Philadelphia where James had been staying since March 28, according to The New York Times. James reportedly found the two-bedroom unit using the short-term vacation rental site Evolve, where he booked a stay at a property in the city's Nicetown neighborhood.

The owner of the property, 74-year-old Janet McDaniel, told the newspaper that James had extended his stay in Philadelphia until April 15. She received a call from him complaining that the cable wasn't working and stopped by the apartment Tuesday, the day of the shooting.

McDaniel found that James had left and that a number of his belongings remained at the unit, including a suitcase and a pair of scissors. The TV was left on, clothes were in a closet and food remained in the refrigerator.

At the scene of the shooting, federal investigators found a key to a U-Haul that James allegedly rented from a facility in the Hunting Park section of North Philadelphia, where James also got a storage unit. The key helped investigators identify James as a suspect in the shooting, prompting the FBI to show up at McDaniel's apartment.

At the rental unit and in the storage locker, authorities found an extended rifle magazine, different types of ammunition and a threaded 9mm pistol barrel. During a second search of the apartment Wednesday, police found an empty magazine for a Glock handgun, a taser, a high-capacity rifle magazine and a blue smoke cannister, according to The Daily Mail.

Investigators said James had taken a Lyft ride to the storage unit the day before the shooting in order to retrieve some of his belongings.

Philadelphia police and the FBI's Philadelphia Field Office did not immediately respond to requests for comment about their ongoing involvement in the investigation.

Authorities are still working to determine a motive for Tuesday's attack, but have found hints of James' violent rage in YouTube videos that included diatribes about race and the policies of New York Mayor Eric Adams. James was born in The Bronx and spent parts of his adult life drifting between New York, New Jersey, Ohio and Wisconsin, where he had been living prior to driving east to Philadelphia in March.

In the hours before Tuesday's shooting, James allegedly abandoned the U-Haul truck along King's Highway in Brooklyn and entered the subway station dressed as a maintenance worker. He allegedly had with him a black garbage can, a rolling cart, smoke grenades and a few weapons, including the 9mm Glock that was recovered at the scene of the shooting.

Investigators said James set off two smoke grenades before firing 33 shots on the subway car. A magazine that jammed in the Glock is believed to have prevented further harm. Amid the confusion, James managed to exit the train and get onto another subway on the opposite platform, evading authorities.

James had a lengthy criminal history including a sex offense, possession of burglary tools, trespassing and other minor infractions over the years. He was able to obtain the Glock from licensed firearms dealer in Ohio in 2011 because he did not have any felony convictions.

James now faces federal charges for violating a law that prohibits terrorist and other violent attacks against mass transportation systems. He remains in custody in New York amid an ongoing investigation.