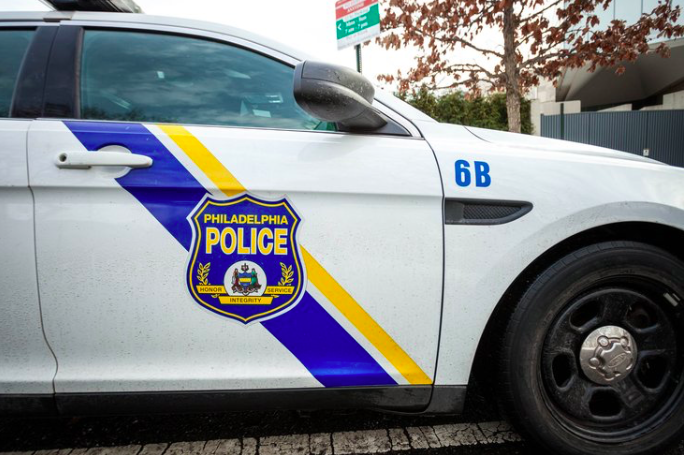 Philadelphia police responded to the 4600 block of Hawthorne Avenue, in the Frankford section of the city, after a man barricaded himself inside a rowhome and fired shots at officers. Police later pronounced the suspect dead after an exchange of gunfire.

A suspect was fatally shot in an exchange of gunfire with Philadelphia police after he barricaded himself inside a rowhome in the Frankford section of the city on Thursday afternoon, authorities said.

The threat is over. In a subsequent exchange of gunfire with SWAT personnel, the subject was struck. He was pronounced by @PhillyFireDept personnel at 2:52 PM. We are not not seeking any additional suspects. No injuries to Police or uninvolved civilians.

Police said the male suspect, who was not identified, locked himself inside a home in the 4600 block of Hawthorne Street around 1:05 p.m.

Deputy police commissioner Robin Wimberly said the shooting began after parole officers attempted to serve a warrant on the man, who began firing at police officers. No injuries to civilians or law enforcement officers were reported at the scene.

Operations continue on Hawthorne. No reported injuries to civilians or involved LEOs at this time. Please continue to avoid the area until further notice

A heavy police presence, including U.S. Marshals and SWAT,  had blocked off the area to assist in the barricade situation.

As a precaution, Harding Middle School and Frankford High School were placed in a "lock-in," police said.