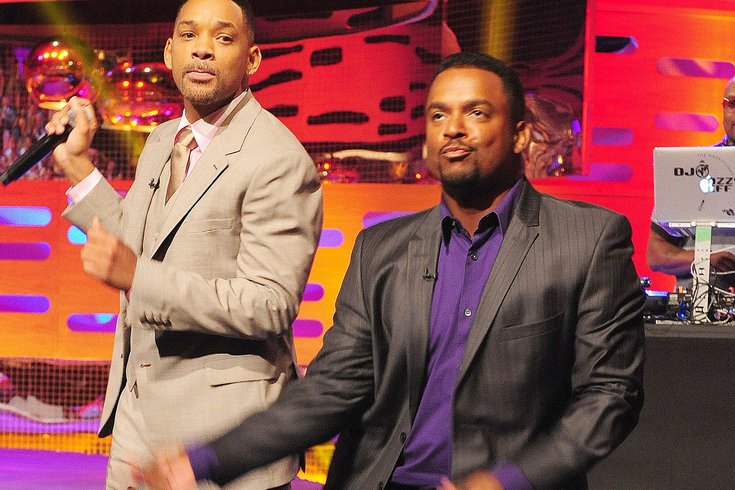 'Fresh Prince Of Bel-Air' star Alfonso Ribeiro, right, is seen here with co-star and Philadelphia-native Will Smith. Ribeiro is suing two video game companies over the use of a dance he popularized on the in the popular game Fornite and NBA 2K.

Actor Alfonso Ribeiro, best known for his role as Carlton Banks on the "Fresh Prince of Bel Air," filed complaints against video game makers Epic Games and Take-Two Interactive for the use of his TV character's signature dance move in Fortnite and NBA 2K.

Ribeiro's dance, known as "The Carlton," is used as a featured emote in the games, the lawsuit claims. Emote are downloadable, in-game content that users can pay for, and in Fornite, the emote is called "Fresh."

Ribeiro says he created "The Carlton" during his time on "Fresh Prince," claiming it's his "likeness and intellectual property," his lawyer told Variety.

The actor says he was not asked for the rights to use the dance, nor was he alerted or compensated for the game's use of the move, according to Variety.

RELATED: We asked the Grinch who stole Christmas about Gritty, cheesesteaks and pants

"The Carlton" first appeared on "Fresh Prince" in 1991 during and episode titled "Will's Christmas Show," and has been a lasting legacy of both the show and Ribeiro, he said, as he's still recognized for the move.

Here's a side-by-side comparison of Ribeiro doing "The Carlton" when he was an contestant on "Dancing With the Stars" and a character from Fortnite doing the "Fresh" emote.

Other celebrities also are part of the lawsuit against the video game makers, including rapper 2 Milly and Instagram star and "Flosser" Backpack Kid. 2 Milly is suing over the his move, the "Milly Rock," which he says he created for a 2014 music video.