Was that loud boom in South Philly earlier this week caused by a frost quake? 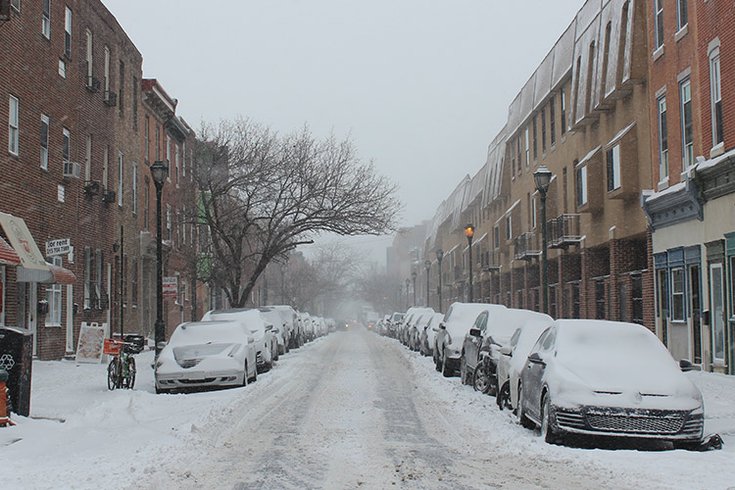 A snowy scene looking west on South Street from South 21 Street in the Graduate Hospital section of Philadelphia.

Things are not as bad here as they are in the Midwest, where actual temperatures dropped way below zero, but the wind chill early Thursday morning in Philly was a negative number, so it counts.

Earlier this week, as temperatures were starting to plunge across the region, a loud boom was heard in South Philly. The noise came in the wee hours of Tuesday morning and disturbed residents’ sleep cycles and security cameras alike.

Everyone was generally left without an answer — that is, until one possible explanation cropped up.

They’re called frost quakes — think earthquakes, but icy — and they have been a hot (or rather, cold) topic of Internet discussion these last few days thanks to the polar vortex.

The technical term for a frost quake is a cryoseism, and one occurs, according to a recent study from Northern Illinois University, when “the unexpected, fast-action cracking at the surface of water- or ice-saturated permeable material following a rapid temperature drop to subfreezing conditions. Prior to the intrusion of cold air, rapid ground saturation and little-to-no snow cover are two necessary meteorological characteristics for a frost quake.”

Let’s look back at Jan. 29 when people reported hearing the boom: The temperature in Philadelphia proper was 24 degrees around the time, according to Weather Underground, and there was no snow cover on the ground in South Philly.

Of course, South Philly wasn’t the only region experiencing those same qualifiers. Were these frost quakes happening elsewhere?

Yep. Chicago was flush with reports of frost quakes, and one frost quake was actually reported in Dillsburg, Pennsylvania, just outside of Harrisburg, on Wednesday. Dillsburg is about 120 miles away from Philadelphia.

Further, WLFI meteorologist Balint Szalaari explained this week that frost quakes are most commonly heard at night, like the South Philly boom, because there's less noise and because temperatures are at their lowest then.

Does this all mean that the South Philly boom was definitely a frost quake? We wouldn't go that far. There are plenty of things in South Philly capable of making loud noises in the middle of the night, like industrial sites and Eagles fans.

But it’s at least one possible explanation for whatever the heck that sound was.