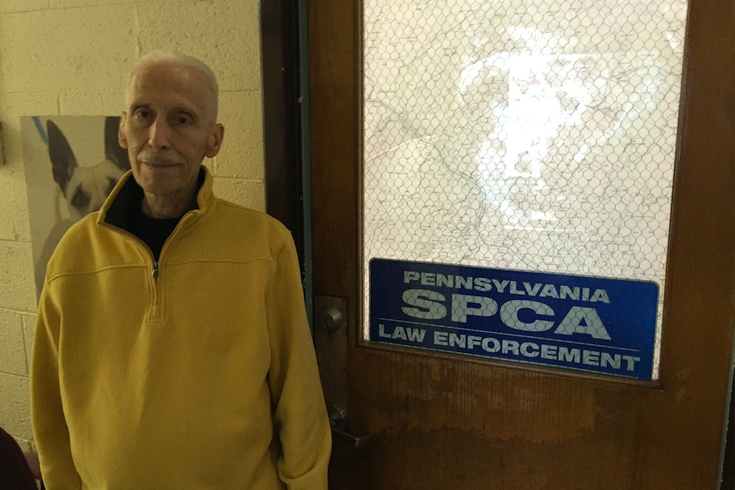 Funeral details were announced Wednesday for the late George Bengal, the Pennsylvania SPCA director of humane law enforcement who passed away last weekend after a months-long battle with a rare form of cancer.

The SPCA announced that viewing hours will run from 4 to 8 p.m. Thursday at the Kirk & Nice Funeral Home, 333 County Line Road, Feasterville.

Visitation will also be held from 10 to 11 a.m. Friday at the Calvary Chapel of Philadelphia, 13500 Philmont Ave., followed by funeral services will full military honors and burial at Sunset Memorial Park, 333 County Line Road, Feasterville.

What follows is a release from the PSPCA including tributes from Gov. Tom Wolf, Mayor Jim Kenney and members of the public:

Since Bengal’s passing, hundreds of tributes have been coming in from animal lovers of all kinds including Pennsylvania Governor Tom Wolf and Philadelphia Mayor Jim Kenney to citizens across Pennsylvania and the region to as far away as the Philippines.

"Frances and I send our deepest condolences to George's family and friends. George devoted his life to protecting animals from cruelty and abuse, and his service and dedication are unmatched. George is an inspiration to many and he will be missed,” – Pennsylvania Governor Tom Wolf.

“George Bengal was a true public servant, veteran, and protector and lover of animals. His passing leaves a void, but also a legacy in advocacy for animal welfare.  My thoughts and prayers go out to his family, loved ones and the PSPCA.” – Philadelphia Mayor Jim Kenney

“My deepest and sincerest condolences to the Bengal family. I never met George but had seen his stories featured on the local news and also read about his love and dedication to such a worthy cause. George was the voice for thousands and thousands of neglected and abused pets and animals in Philadelphia. He worked tirelessly to get justice for so many of these pets and animals. The PSPCA and the entire community of Philadelphia is losing a great animal advocate and above all a truly remarkable human being. Rest in peace George Bengal.” - Deron from Cherry Hill, NJ

“I never really met George but loved reading all his adventures. I was a cruelty officer also and I know it isn't easy to see what ignorance from cruel humans does to these innocent creatures. There is a special place in heaven for you George. May you rest in peace.” – Deborah from Lancaster, PA

“Dear Mr. George, your good deeds have reached far and wide all the way to the Philippines. I heard about you and the amazing job you did thru Bark Post. It's the people like you who inspire me to stand-up for our animal friends. I am one with you, fighting in my own way to save the voiceless in harms way. You were a blessing and you continue to be, Mr. George. Immeasurable gratitude for all the good that you have done, both for the animals in need and the people you have helped along the way. You will be missed dearly. My warmest regards to the Bengal family.” – Shari from the Philippines

Prior to Bengal’s passing, the Pennsylvania SPCA asked for words of encouragement and thanks utilizing the hashtag #thankyougeorge. Thousands of supporters from across the country and globe responded.

Bengal died on Saturday evening, at the age of 69, with his wife, Carole, and daughter Lisa at his bedside.

In his final days, Bengal repeatedly emphasized that the PSPCA Humane Law Enforcement work is not currently funded by the state of Pennsylvania or the city of Philadelphia, but instead is completely donor funded.

In addition to Carole, his wife and dancing partner of 35 years, and daughter Lisa, George is survived by daughter Kim, a grandson, Shane, and thousands of supporters who will carry on his legacy in the fight to end animal cruelty.

In lieu of flowers, George’s family has asked that donations be made to the George Bengal Fund to End Animal Cruelty.  To make a donation or learn more, visit www.pspca.org/bengalfund.