The museum is set to open on April 19 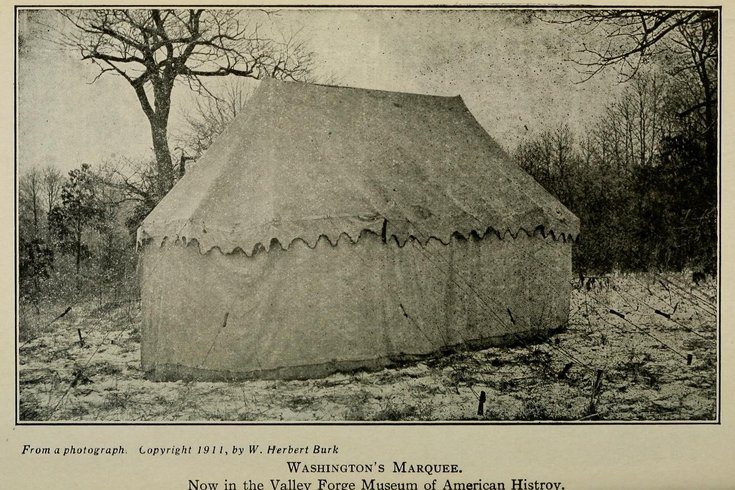 Washington's marquee. Gen. George Washington used this tent throughout the Revolutionary War. It is now in the collection of the Museum of the American Revolution in Philadelphia.

The Museum of the American Revolution has acquired and installed George Washington’s marquee tent, which served as his wartime field headquarters throughout much of the Revolutionary War.

Considered “the crown jewel” of the collection, the surviving artifact will be on display when the new museum opens to the public on April 19 as part of an “innovative, multi-layered, mixed media presentation in a dedicated 100-seat theater exploring Washington’s leadership.”

RELATED: Everything you need to know about the Museum of the American Revolution

Washington strategized and made key decisions that impacted the course of our history underneath the iconic textile, museum representatives noted. 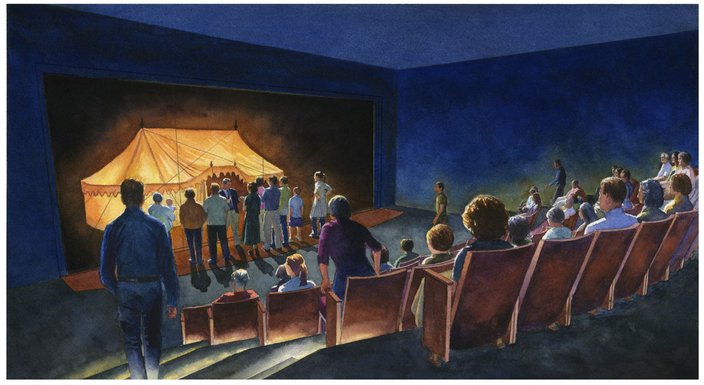 Artistic rendering/Museum of the American Revolution

A rendering of the exhibit featuring George Washington's tent from the American Revolution.

Also being installed is a colossal 19th-century painting depicting Washington and Comte de Rochambeau, who was the commander of all the French forces and played a major role in helping the Continental Army win the Revolutionary War. 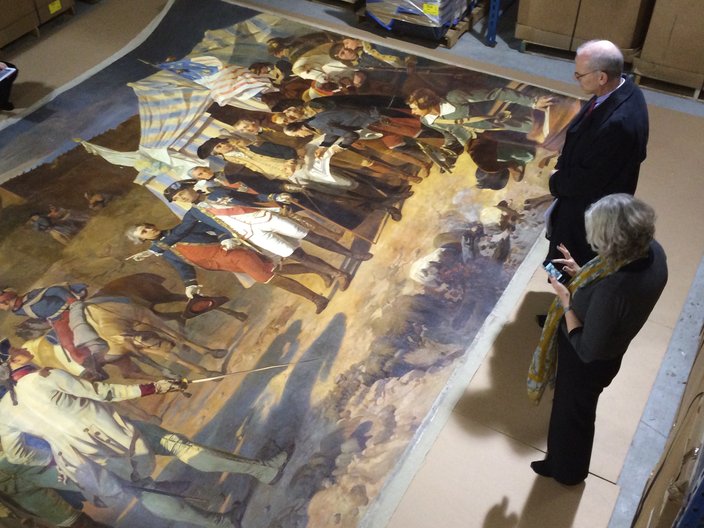 Museum of the American Revolution/for PhillyVoice

A 19th-century, 17-by-13-foot painting depicting George Washington and French general Rochambeau, who played a major role in helping the Continental Army win the Revolutionary War, is being stretched out and framed in preparation for the museum's opening.