What to know about this unique fruit in the nutritional spotlight 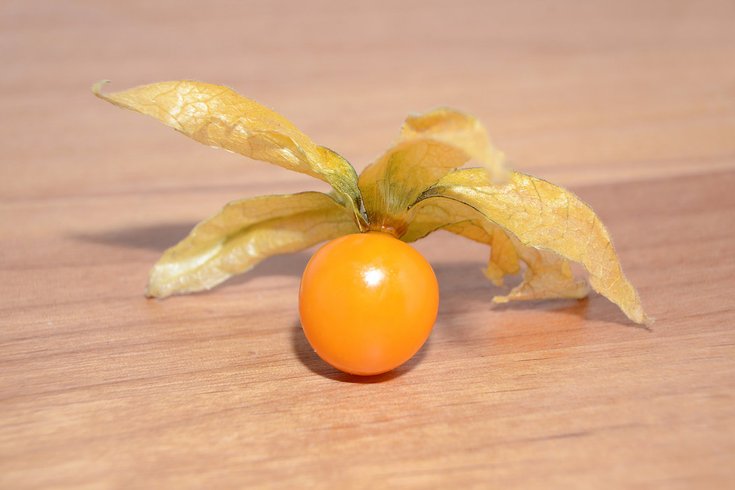 The golden berry is also referred to as the Peruvian groundcherry.

Millennials love anything that’s labeled a superfood and, most of the time, it’s for good reason  — since they’re thought to be nutritionally-dense foods good for one’s health.

Golden berries, a relative to the tomatillo which, in their fresh form, are slightly smaller than cherry tomatoes, are currently having their moment in the superfood spotlight. Fresh golden berries are sold in the produce section of specialty grocery stores, or dried in the snack section.

Native to the Peruvian mountains, golden berries belong to the Nightshade family — including eggplant, tomato, bell peppers and white potatoes — and grow in warm places around the world and, according to Healthline, boast an “impressive nutrient profile.”

RELATED READ: Here's what you should know about trendy celery juice

A one-cup serving of golden berries contains the following, per the USDA Food Composition Database:

• Vitamin C: 21 percent of the Recommended Daily Intake (RDI) for women and 17 percent for men

• Riboflavin: 5 percent of the RDI

• Niacin: 28 percent of the RDI for women and 25 percent for men

• Vitamin A: 7 percent of the RDI for women and 6 percent for men

• Iron: 8 percent of the RDI for women and 18 percent for men

• Phosphorus: 8 percent of the RDI

From a nutrient perspective, golden berries are a great source of vitamins and fiber, which can help your immune system and overall health, says Mascha Davis, a registered dietitian nutritionist in Los Angeles and former spokesperson for the American Academy of Nutrition and Dietetics.

Plus, compared to other types of fruit, golden berries tend to have a lower sugar content. "That makes them a great alternative for diabetics or people who prefer a less sweet taste," Davis says.

As a bonus, compounds in golden berries called "withanolides" may have anti-inflammatory effects in your body, potentially protecting against colon cancer. The bright orange fruit is also high in vitamin K, a fat-soluble vitamin involved in bone metabolism, a necessary component of bone and cartilage and spurs healthy bone turnover rates, Healthline reports.

The truth is, though, golden berries aren’t that much more nutritious than other berries. For example, they have about the same amount of vitamin C as blueberries, and have even less than raspberries. Not to mention, all berries are high in fiber so, while golden berries are, in fact, high in fiber, so are other berries. They do, however, tend to be higher in vitamin A — which is known to help with vision and organ health, Refinery29 explains.

As for the taste, the berry is sweet and tart, which makes it a popular ingredient in various cakes, sweets, and baked goods, as well as salads and fruit salads. The berries can also be eaten by themselves, fresh or dried, as a healthy snack, per Organic Facts. In their dried form, golden berries make a great addition to granola, oatmeal, and trail mix. But it’s worth noting that they are more tart than sweet and have a slightly tough texture.