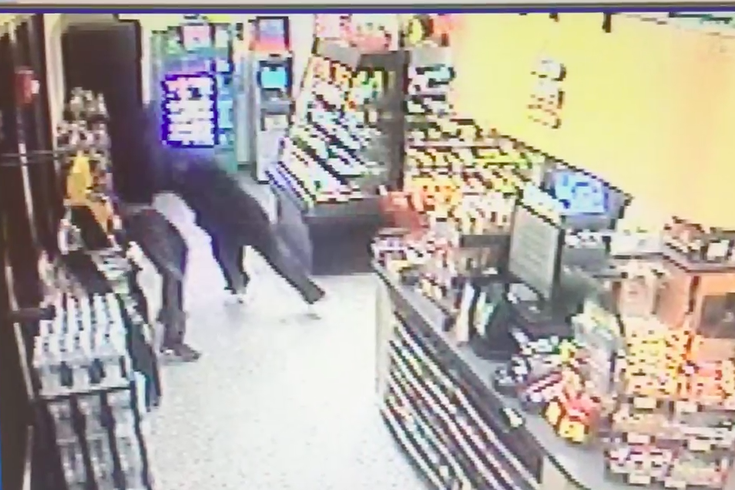 This screenshot of surveillance video, provided by Winslow Township Police, shows a man identified as Darryl, seen lunging from the right side of the screen, stopping a would-be robber inside a Wawa in Sicklerville during the early morning hours of Wednesday, June 7.

Police are crediting a "good Samaritan" with stopping an armed robbery attempt at a South Jersey Wawa early Wednesday morning.

Alexander Ray, 26, of Maple Shade, allegedly entered the convenience store at 627 Cross Keys Road in Sicklerville around 2 a.m. and brandished a handgun.

Ray was walking toward the registers when a man — identified only as Darryl — tackled him, police said.

Ray allegedly pistol-whipped Darryl in an attempt to escape, but Daryl held onto him, and the fight continued outside the store, according to authorities.

In video provided by Winslow Township Police, Darryl can be seen lunging at the suspected robber, pushing him into a wall and tussling with him until they take their fight through the front door.

Officers arrived to find the two still fighting and Ray disarmed of the gun.

The gun Ray was allegedly carrying turned out not to be loaded. Ray was taken into custody and both he and Darryl were taken to the hospital to treat their injuries.

Darryl was treated for lacerations on his face and bruises on his body and hands before being released, police said. Ray is still being treated for his injuries and will be charged with robbery, aggravated assault and a weapons offense when he is released. 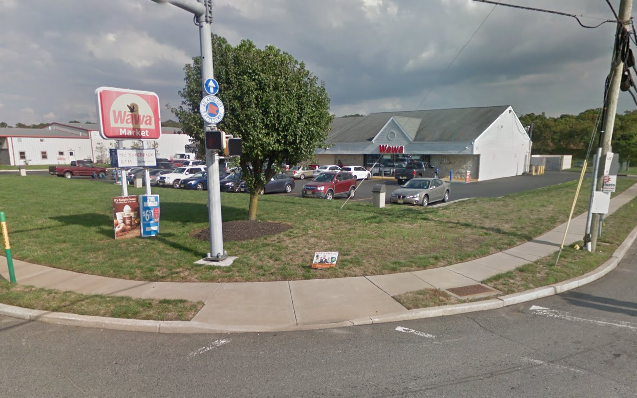 The Wawa at 672 Cross Keys Road in Sicklerville, New Jersey.

Police said surveillance video captured some of the altercation, and added the video was still being processed when PhillyVoice requested the footage.