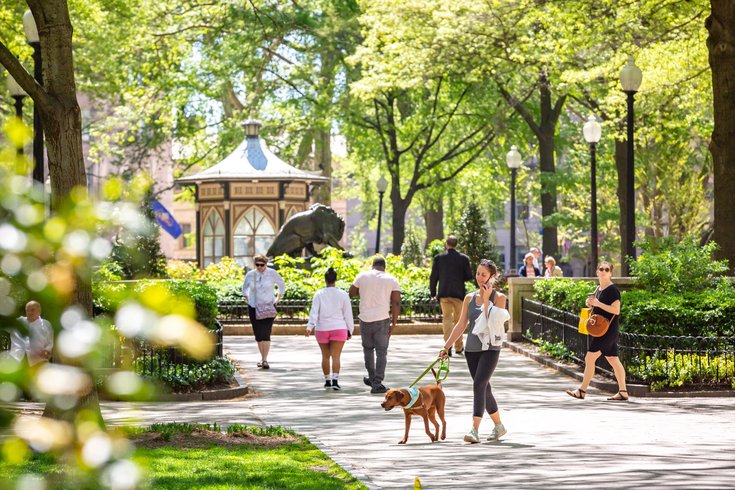 Walking through Rittenhouse Square on a sunny morning.

If you noticed your cravings for junk food and the occasional late-night cigarette dropped when you moved to that new apartment across the street from a lush park, it's probably not just coincidence.

A new study from researchers at the University of Plymouth suggests living in closer proximity to views of green spaces can help curb "unhealthy" cravings.

The study surveyed 149 participants between the ages of 21 and 65 in an online survey. The results found that access to gardens, and residential views of at least 25% green space, were associated with reductions in both the strength and frequency of the cravings in question: junk food, chocolate, nicotine, alcohol, and caffeine.

The study is the first to show that passive exposure to green space is connected to both the frequency and the strength of these cravings, the university said in a release Friday.

“It has been known for some time that being outdoors in nature is linked to a person’s wellbeing," Leanne Martin, lead researcher on the study, told Plymouth's press office. "But for there to be a similar association with cravings from simply being able to see green spaces adds a new dimension to previous research."

The relationship between exposure to nature and a person's wellbeing isn't new. A University of Exeter study from earlier this year found that two hours in nature per week helps mental and physical health. But the idea that simply seeing the green spaces from your home, without even moving, can affect your body's cravings represents a new step forward.

"This is the first study to explore this idea," Martin said, "and it could have a range of implications for both public health and environmental protection programs in the future.”