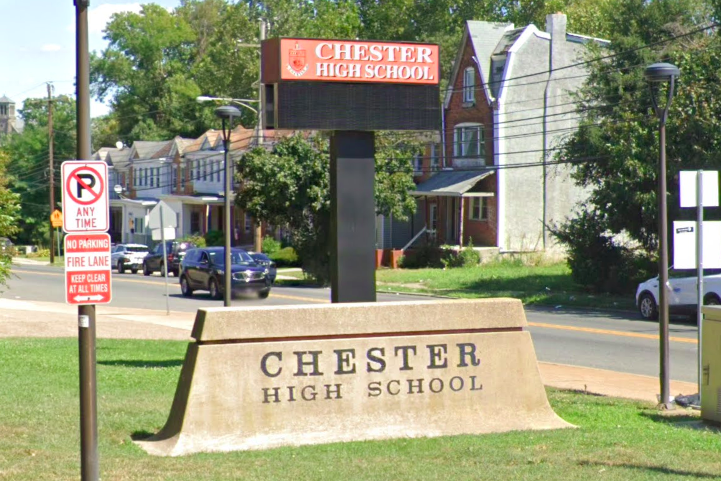 FedEx mistakenly delivered six guns to Chester High School in Delaware County last week. They were supposed to go to an auto repair shop in Chester Township. Students return for the first day of classes on Monday.

Chester High School accidentally received a shipment of firearms from FedEx on Friday due to a typo in the delivery address.

School administrators thought the shipment may have been textbooks because the first day of school is Monday. But it contained six .30 caliber M1 rifles, a FedEx spokesperson said.

The Chester Upland School District acknowledged the incident in a letter to parents Monday night. The boxes containing the guns had been placed inside the school's loading dock Friday. They remained locked inside the Delaware County school over the weekend because they did not appear suspicious, the Delco Times reported.

A representative for FedEx had returned to the school Monday and informed administrators of the mistake. Police came to the school, opened the boxes and returned the guns to FedEx. There were not any students in the building at the time.

FedEx regrets that the situation happened and is cooperating with investigators, company spokesperson Heather Wilson said.

"We appreciate Chester High School and local authorities working with us to quickly retrieve the shipment," she said. "We immediately conducted a review of the situation and are addressing the matter internally.