This guy almost died from biting his fingernails 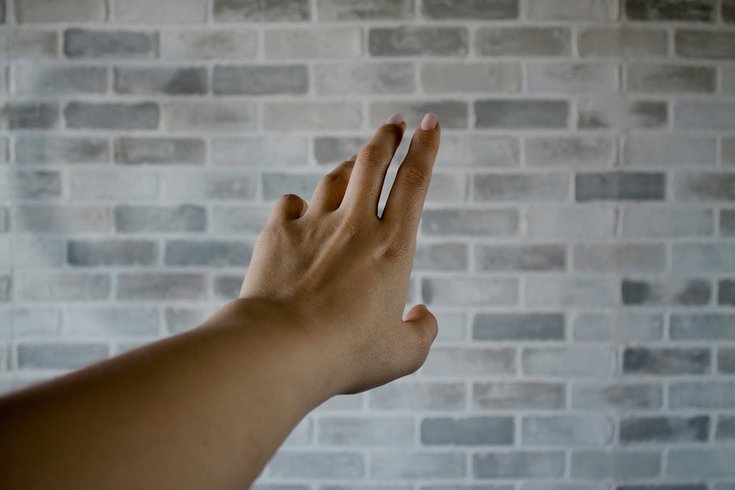 To some, biting fingernails is a nasty habit. To others, it's a major-ailment trigger.

Luke Hanoman, 28, is a father of two who lives in the suburbs of Liverpool, United Kingdom. He nearly died last year from sepsis.

Had that happened, he’d have been one of many, many people who die from the “body’s extreme response to an infection.”

On this side of the pond, more than 1.5 million get it annually and some 250,000 of them die. According to the Sepsis Alliance, it impacts more than 26 million people worldwide and kills more than 5 million children annually.

All of which is to say Hanoman is far from alone in his near-death experience with sepsis. But what brought him to death’s door is extremely troubling insofar as it’s a habit that some 20 to 30 percent of people share.

In this specific situation, according to the Liverpool Echo, he bit the skin “down the side of my nail.” Then came the cold sweats, the shakes and the swollen finger.

That prompted a four-day hospital trip, an IV drip and the bounce back from the verge of septic shock.

I’m not sure why this story started making the social-media rounds this month. (Maybe the fact that May 18 is the UK Sepsis Trust’s “Wear Red Day”?)

But it is nightmare fuel. If you’re anything like me, you also bite your nails and you also don’t want that nasty habit land you in a death-by-sepsis coffin.

Me? I need to go the scared-straight route, so I looked up other nail biting-based nightmares and will share them in the spirit of helping those in need.

With no further ado, here are four scary tales from the world of onychophagia:

In 2014, 40-year-old John Gardener bit his fingernails until they bled. Then, he died from a heart attack because of the ensuing septic infection.

In 2017, 33-year-old Cherie Newman decided to rip off (with fingers, not teeth, but it's similar enough) one of her acrylic nails. In doing so, she tore off part of her thumb and developed blood poisoning. She survived and started using her story as a teachable moment for others.

This isn’t so much a nail-biting horror story as it is a nail-related one. Earlier this year, the International Journal of Surgery Open shared the tale of a 28-year-old man from Pakistan who went to the hospital complaining of finger pain. Turned out that a second fingernail grew atop the existing one on his middle finger. He had to get knocked out to get it removed.

A 1954 edition of the South African Medical Journal included a case report about a “bezoar of the stomach composed of nails.” A bezoar is a “mass found trapped in the gastrointestinal system.” Fingernails aren’t digestible. Which means if you bite, and eat, your fingernails, they might team up and form an alien entity inside you.

So there you have it. Biting and otherwise fiddling with your fingernails can kill or maim you. So, don't do it!