That Happened: Trump in the age of unaffiliated clowns 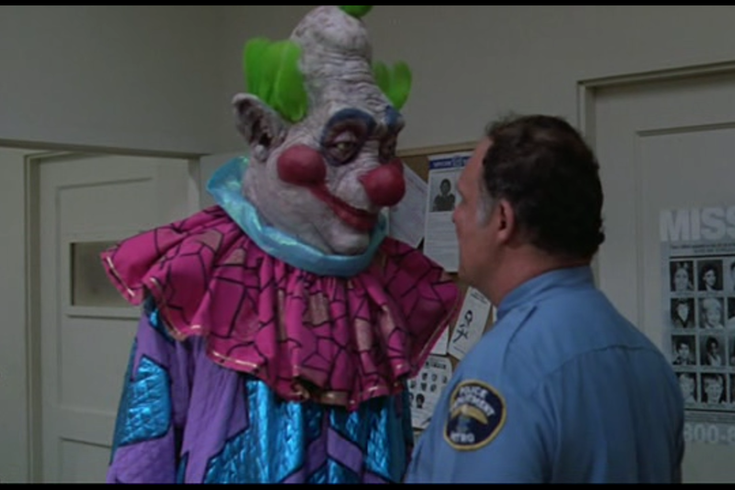 Is this a scene from 1988 American science fiction horror comedy 'Killer Klowns from Outer Space' — or just another day in Schuylkill County?

Donald Trump gets a cheesesteak at Geno’s.

And witnesses say they looked back and forth between the man and the greasy cheesesteak slathered in cheez whiz and for a moment found it impossible to say which was which.

A Philadelphia woman claims Megabus did nothing to prevent a man hurling anti-Semitic and homophobic slurs at her from boarding the same bus she was taking back home.

Well, he was the driver.

Hey guys. Okay, first of all: All clown activity is suspicious. Second: People dressed as clowns are clowns. The costume is really the only prerequisite to clownhood. Anybody who says different is lying, bloodsucking, tooth-collecting, clown.

Residents in Schuylkill County report seeing clowns yelling at children and driving away.

The kids say the 23 clowns asked for directions to Geno’s Steaks before throwing urine-filled balloons at them, piling into a powder blue hatchback and fleeing the scene.

Comcast Corp. says it will soon become sole owner of the Philadelphia Flyers.

“One little glitch,” says Wolf. “All the cars keeps trying to run over Sidney Crosby for some reason.”

“I uploaded my soul to the internet!” explains Ed Snider.

Architectural renderings of the Hyatt Centric Hotel, which will be built on the Center City site that currently houses beloved diner Little Pete’s, are revealed.

“I guess that’s progress,” says local rat, struggling to light her cigarette in the late-summer breeze. “But sometimes progress sets us back a little, if you know what I mean. See, this hotel will be nice and fancy looking and all that. No denying that. But it’s not for us. If you live here, you don’t need to stay there. The diner, on the other hand, that’s for everybody. Everybody needs to eat. And it was a decent enough place. Comfortable. I would say that if we’re not careful, all this so-called progress is going to turn our hometown into a bunch of bright, shiny Apple-store looking restaurants and hotels we Philadelphians don’t have much use for, but that’s already happening isn’t it. Progress. Doesn’t seem like the right word for what’s going on.”