A single head injury can increase the risk of dementia, Penn study finds 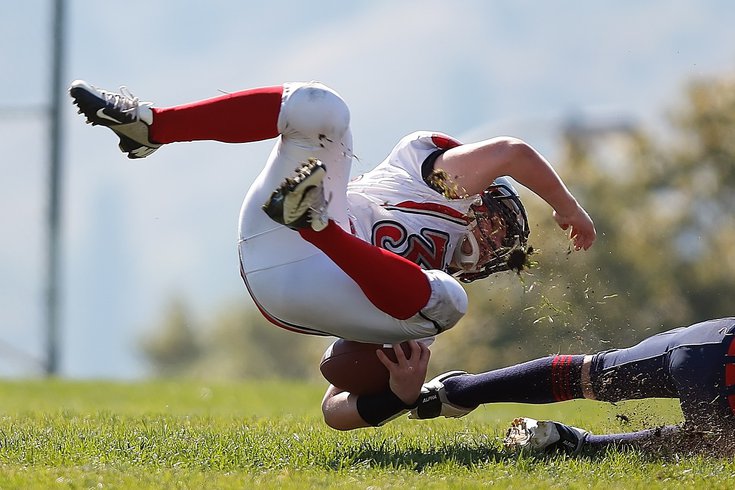 More than 23 million U.S. adults age 40 or older have a history of head injuries in which they lost consciousness.

Head injuries can be caused by a wide range of scenarios — from car crashes to sports collisions.

In the United States, more than 23 million adults age 40 or older have a history of head injuries in which they lost consciousness.

It is no secret that head injuries can have long-lasting effects. But new Penn Medicine research suggests a single head injury can increase the risk of developing dementia as much as 25 years later.

People who had one head injury were 1.25 times more likely to develop dementia compared to participants who never experienced a head injury. Experiencing two or more head injuries doubled the risk of dementia.

Overall, 9.5% of all dementia cases in the study population could be attributed to people who had at least one prior head injury.

"Head injury is a significant risk factor for dementia, but it's one that can be prevented," said lead investigator Dr. Andrea L.C. Schneider, a neurology professor at Penn. "Our findings show that the number of head injuries matter — more head injuries are associated with greater risk for dementia.

The study also found a stronger association between head injury and dementia risk among women than men and among white people than Black people.

The researchers used data from the Atherosclerosis Risk in Communities study to analyze the associations between head injury and dementia over the span of 25 years. Earlier studies haven't included such a diverse population in a community-based setting.

The study was published in Alzheimer's & Dementia: The Journal of the Alzheimer's Association.

"Given the strong association of head injury with dementia, there is an important need for future research focused on prevention and intervention strategies aimed at reducing dementia after head injury," Schneider said.

The Mayo Clinic describes dementia as "a group of symptoms affecting memory, thinking and social abilities severe enough to interfere with your daily life."

The most common type of dementia is Alzheimer's disease. It begins with mild memory loss and eventually progresses to a point where people have difficulty holding conversations or responding to their environments.

An Independence Blue Cross report last winter found that diagnoses of early-onset dementia have been increasing substantially. The reasons aren't clear, but some experts say that advances in technology that allow for an earlier and more definitive diagnosis most likely is a factor.