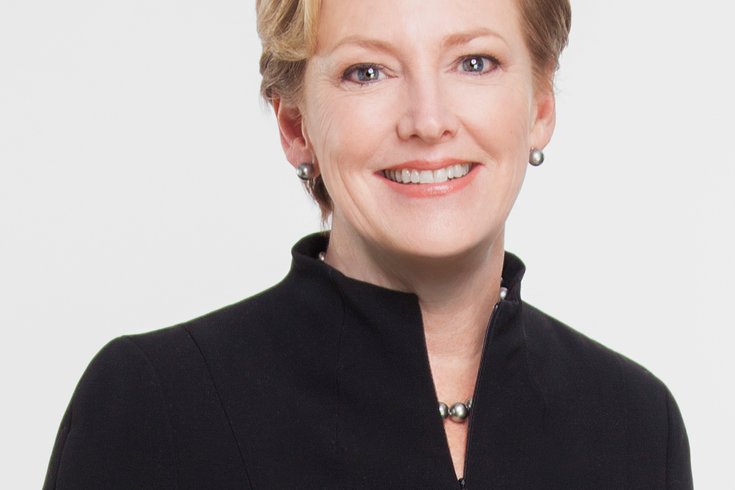 Ellen Kullman, CEO of the DuPont chemical company, was the highest-paid female executive in the Philadelphia region in 2014.

Can you guess how many of the Philadelphia region’s 100 highest-paid CEOs in 2014 were women?

Although it may get a little lonely at the top, their salaries are nothing to sneeze at. Compensation for the six chief executives ranged from around $750,000 to more than $14 million per year, according to the Philadelphia Business Journal's ranking.

Here's a primer on the women who have made it to the top, plus their total executive compensation for 2014.

Ranked at No. 26 on Forbes' 100 Most Powerful Women list, Kullman isn't just the highest-paid woman on this list but also the sixth-highest-paid CEO in the region, period. Holding a degree in mechanical engineering, she began her career at General Electric and became CEO of DuPont in 2009. Since then, the Wilmington-based chemical company’s stock price has more than tripled.

In 2007, Morrison told the Wall Street Journal that her goal was to become a chief executive: “I’ve been preparing to run a big company all my life.” Four years later, she stepped up as CEO of the Campbell Soup Company, headquartered in Camden. Whatever parenting style her family used, it worked: her three younger sisters have all also held senior or chief executive positions.

It might seem odd that someone would study electrical engineering and computer science at MIT, and then work at Reader’s Digest for 20 years. But Zier has often said that studying engineering (she has an MBA, too) taught her how to think. “What I learned to do was take complex issues and break them down into modules or components," she said in one interview. "That’s how you write software, you write modules and so, I use that in my thinking to this day.” After serving as president of international operations for Reader’s Digest, she joined Fort Washington-based Nutrisystem in 2012.

Call it a rags-to-riches story: the water utility CEO grew up in rural Alabama, and her parents held blue-collar jobs, including working in a cotton mill. She says she adopted a “no whining, no griping” philosophy from her parents. “It’s about working hard and taking personal responsibility, because nobody owes you anything,” she told The New York Times. After earning a degree in industrial engineering and an MBA, she rose through the ranks in the business world and became CEO of American Water in 2014. The company is based in Voorhees.

Paulett Eberhart has not one, but three CEO positions to put on her resume: she was chief executive at real estate firm HMS Ventures, industrial automation company Invensys Process Systems, and CDI Corp., a Philadelphia-based engineering staffing firm. Eberhart stepped down from that position in March 2014, but according to her LinkedIn account she now serves on the Board of Directors of the Anadarko Petroleum Corporation in Texas. She said in one interview that she appreciates brutal honesty from her co-workers: “I don't care if you have to pound your fists on the table and say 'Paulett, I don't think you're comprehending it, I want your full attention .…' I encourage them to be very aggressive with me because I work and I run at a fast pace."

Taylor is the fourth generation of her family to run the Delaware-based utility company. Since becoming CEO in 1992, she’s encouraged environmental conservation efforts in her state by starting a water education program in local schools and a water recycling partnership that helps farmers to use recycled water for irrigation. She also co-founded the annual Christina River Watershed Cleanup.